Naming anything after a living politician is usually a bad idea; but this summer, we can make an exception. Now that Americans will be spending much of their vacations waiting in security lines at airports, we should honor the public servants responsible. At the entrance to the security checkpoint at LaGuardia Airport, let’s install a large bronze plaque proclaiming it the Senator Charles Schumer Line. Perhaps we could put up a statue, too, or at least a cardboard cutout. Similar monuments can be installed at JFK for Hillary Clinton, at the Phoenix airport for John McCain, and at the home airports of all the other senators who voted to create the Transportation Security Administration.

Even by Washington standards, the creation of the TSA was a blunder of colossal proportions. Experts from around the world warned at the time—in 2001—that federalizing airport security would be ruinously expensive, inefficient, and unsafe. Israel and many European countries had already rejected similar systems. But in the frenzy following the September 11 attacks, U.S. senators paid no attention. They weren’t about to let this crisis go to waste. Both parties wanted to look tough on national security, and the Democrats who controlled the Senate were especially eager to gain campaign contributions from tens of thousands of new federal employees. For many in government, the TSA was a twofer: a chance to create a new fiefdom while also blaming someone else for their own mistakes.

Legislators and bureaucrats scapegoated the private security companies that had been screening passengers for the airlines. Citing the lapse in security on September 11, politicos claimed that a new federal agency was needed to replace the companies’ low-paid and poorly trained screeners—never mind that the screeners were entirely innocent of blame for September 11. They had faithfully followed the directives from well-paid public officials in Washington that made the hijackings possible.

It was the federal government, not the private screeners, that set the policy allowing small knives and box cutters to be brought onto planes. Federal guidelines prevented airlines from arming pilots and reinforcing cockpit doors. The feds also stopped the private security firms from using an existing system to identify high-risk passengers, which would have singled out some of the hijackers for special screening.

Instead of learning from those mistakes, the Senate doubled down on central planning, voting unanimously to turn airport screening into a federal monopoly. The only intelligent deliberation occurred in the House of Representatives, where Republicans actually listened to experts from countries with considerable experience in aviation terrorism. Israel and European nations had learned the hard way that good security requires a division of responsibility. An independent watchdog is essential to ensure that screeners are doing their job, and the obvious candidate for that role is the federal government. But that means that someone else has to do the screening. The watchdog can’t watch itself.

House Republicans heeded the experts’ advice, and they had the votes to trump House Democrats yearning for more federal workers. The House passed a bill to establish a system modeled on the one used in Israel, Canada, and Europe: each airport would run its own screening system, and the feds would have wide authority to set standards, monitor performance, and mandate improvements. When it came time to reconcile the competing bills, however, Senate Democrats stood firm, and the House Republicans were denounced for putting ideology above national security. One of the loudest critics was New York Times columnist Paul Krugman, who was such an ardent cheerleader for the TSA that he deserves to have the line at Newark Airport named after him. “The right’s fanatical distrust of government is the central fact of American politics, even in a time of terror,” Krugman wrote. Exploiting the public affection for firefighters after September 11, Krugman argued that the Republicans’ anti-TSA ideology would logically call for the elimination of the New York City Fire Department because fire protection should be a purely private responsibility. 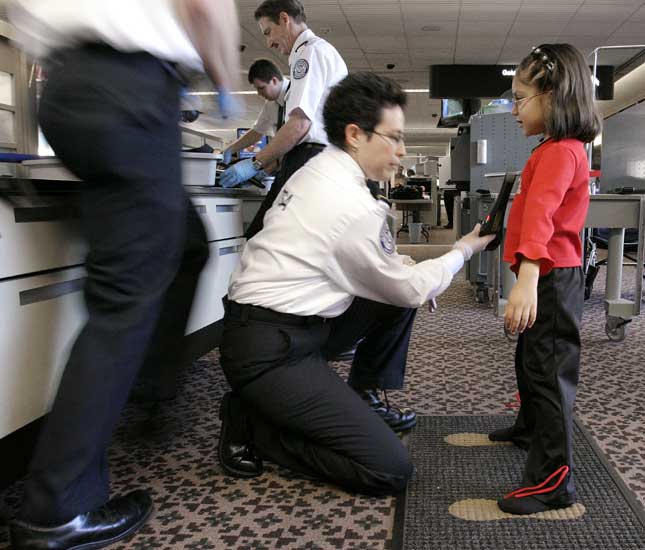 This was nonsensical on several levels. None of those evil Republicans (or the Canadians or Europeans relying on private companies for screening) claimed that aviation security was a purely private responsibility. But just because something is a public responsibility doesn’t mean that all the work must be done by public employees. Cities allow private schools to provide education, and some cities provide perfectly good fire protection by contracting the work to private firms.

And acknowledging a government role certainly doesn’t mean that the work must be done by a federal monopoly. One reason that Americans respect firefighters more than postal workers is that they’re not working for a one-size-fits-all bureaucracy in Washington. They’re free to adapt to local conditions, try different approaches, and learn from the mistakes and successes in other cities. They’re much more accountable because they work directly for the local citizens they serve and because their performance can be measured against that of their peers in other cities.

But such logic was ignored in the frenzy to do something after September 11. The Bush White House, anxious for quick action, caved to public pressure and promised to sign whatever bill emerged from Congress, even if it was the Democrats’ version. The Republicans won a few concessions—the TSA wouldn’t be unionized, and a few airports could experiment with their own screening systems—but the Democrats prevailed in creating another federal bureaucracy, with utterly predictable results.

Soon travelers were referring to the TSA as Thousands Standing Around, and the agency has made headlines ever since for rudeness, inconvenience, and incompetence. The three-hour lines this summer are just the latest failures of a top-heavy bureaucracy (one administrator for every three screeners) and a workforce that has gotten even more unmanageable since it was unionized in 2011. (Because President Obama undid the original no-union policy as a payback to labor for supporting his campaign, he deserves to have his name on the line at his hometown airport, O’Hare.) Last year, ABC News reported that federal investigators had successfully sneaked contraband past TSA screeners on 67 of 70 attempts.

Like all government monopolies, the TSA blames its failures on lack of funding. But it’s already spending way too much, as demonstrated in a congressional study comparing TSA screeners in Los Angeles with non-TSA screeners in San Francisco, one of the few airports allowed to run its own system, contracting with a private company. If LAX switched to the San Francisco model, the study concluded, it could cut its screening costs by more than 40 percent.

The San Francisco private company’s screeners received the same salary and benefits as TSA screeners, but they were so much better trained and deployed that each one processed 65 percent more passengers than a TSA screener in Los Angeles. They apparently enjoyed better working conditions, too, because they were much less likely to quit their jobs. And in tests by federal investigators, they were three times better at detecting contraband. 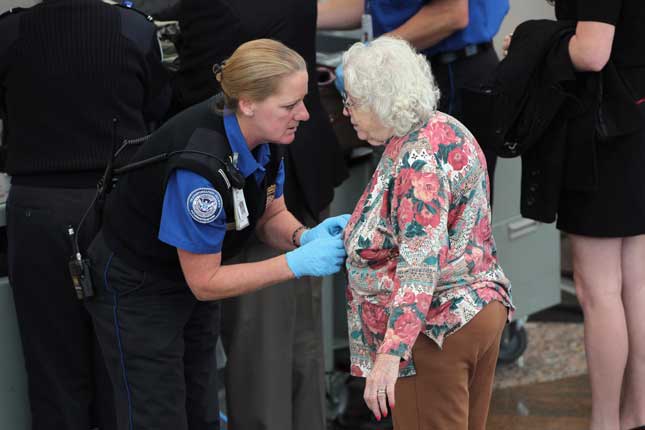 Those results, as well as other research showing that private screeners get better ratings from passengers and airport managers, inspired congressional Republicans to pass legislation giving more airports the option of switching to private contractors. But, as anyone could have predicted in 2001, it’s not easy to get rid of a federal monopoly, especially now that unionized screeners can intimidate local politicians—as they did in blocking an attempt to replace them at Sacramento’s airport. Even if local officials stand up to the union, they still need to get permission from the TSA.

“Airports that wish to opt out of TSA-provided security face several hurdles,” says Robert Poole, director of transportation policy at the Reason Foundation. “They don’t get to select their preferred contractor. It takes more than a year for TSA to review and—hopefully—approve their request. And TSA will remain their regulator, leaving them to worry about being perceived as a trouble-maker for having kicked TSA out.”

Those are formidable obstacles, but the TSA has inspired so much anger this year that officials in New York, Atlanta, and other cities are finally considering a switch to private contractors. That change would be a boon to future travelers, but it won’t come soon enough to make any difference this summer to the huddled masses at TSA checkpoints. The best we can do for them is to erect monuments honoring the politicians who created this mess.

John Tierney is a contributing editor of City Journal, coauthor of Willpower: Rediscovering the Greatest Strength, and a contributing science columnist for the New York Times, where he previously wrote “The Big City” column. 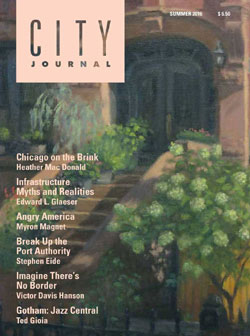 John Tierney Supposedly engaged in a struggle against misinformation, Facebook and its fact-checking partner spread their own.
More on