Editors’ note: This is the second in a series of dispatches from Kurdistan, where the author is spending four months consulting for the American University in Iraq–Sulaimani. Read the first installment here.

I was born with the olfactory powers of a bloodhound, which is a blessing at fine restaurants but not in the city of Sulaimani, or Suli, in Iraqi Kurdistan. On first entering my apartment here, I knew that my palate, tongue, and nose were under assault from petroleum molecules—but I didn’t know why, since there’s no oil drilling nearby. It turns out that every house, business, and hotel has an ample, and often leaky, supply of diesel fuel in the basement. That’s because there’s hardly a house or business in Suli that doesn’t have a diesel-powered generator just outside the door. And that’s because electricity is available from the main grid only six or eight hours per day.

Water, too, is intermittent, which explains why for every private generator, there’s also a private water tank. The water is used for plants and for washing cars, clothes, and people, but not much for human consumption. Few people drink it, and it’s not wise to open your mouth in the shower or brush your teeth with water from the tap. A visit to the humblest and cheapest restaurant begins with a sealed, square plastic container of water plopped down in front of you, usually free of charge. In the bazaar are pyramids of sheep’s heads; outside the bazaar, you can’t walk a block without encountering giant pyramids of 20-liter bottles of potable water.

The reason for the city’s strange amalgam of official grids and unofficial networks is that Sulaimani Province is governed by the Patriotic Union of Kurdistan (PUK), a proud member of the Socialist International. The PUK owns half of the city and employs half of its people. American readers won’t be surprised that a sprawling, one-party socialist government is not a paragon of efficiency, transparency, and responsiveness to public needs—especially in a place like Kurdistan. After Saddam’s genocidal Anfal Campaign against Kurdish rebels in 1988, and the establishment of the no-fly zone after the Gulf War in 1991, the two Iraqi Kurdish political parties—the PUK, led by Jalal Talabani, and the Kurdish Democratic Party, led by Masoud Barzani—fought a nasty civil war. Adding to the cost of this internal chaos, which lasted from 1994 to 1998, were the sanctions that strangled Iraq, and particularly Suli, until the fall of Saddam in 2003. So the Kurds couldn’t buckle down to rebuilding their ravaged land until just six years ago.

Fortunately, the two parties have patched up their differences. The KDP (whose stronghold is in the northern province of Erbil) and the PUK in Suli have brought Kurdistan to a vague but real enough status as a quasi-independent region within a federal Iraq. They’ve even become somewhat embarrassed about their weakness on civil liberties, especially in more free-thinking and liberal Suli—where independent women’s groups have taken on the hot-button issue of violence against women, and where a high school student recently organized a seminar on child abuse. The two parties have, in short, provided a level of personal security, freedom, and religious toleration unknown in the rest of post-Baathist Iraq. True, it’s under the socialist PUK that the electricity runs only six hours per day and the water intermittently. Yet this administrative inefficiency hasn’t resulted in economic paralysis, because while a socialist government rules from above in Suli, the principles of Milton Friedman flourish underneath.

The Kurds have used their share of Iraq’s oil money to lure massive foreign investments. But at least in Suli, they haven’t succumbed to the Middle East’s stultifying economic and psychological dependence on that money. I think that’s because with so much inefficiency at the top, the regular citizens of Suli fend for themselves. Hence the spontaneous and private systems that electrify and water the city. Hence the private garbage collectors who walk the city collecting trash (though a lot of it gets deposited in the vacant lot next to my building) and the private propane sellers who crisscross the city to help people cook.

The city also hums with small-scale building, both residential and commercial, and shopping malls and start-up businesses—for instance, the Melody Café, a sleek espresso and gelato establishment in my building. Recently, two musicians, a Kurdish violinist and a Russian pianist, played classical music at the Melody to the beaming delight of the packed Kurdish house. The central street running to the sprawling bazaar is a free-enterprise zone—established by the enlightened free-market liberal Barham Salih, deputy secretary-general of the PUK and deputy prime minister of Iraq—with few public buildings and no elaborate rules governing how new businesses may start. Few rules, in fact, govern the building of anything in the city. Half the dust in Suli gets blown in from the south, but the other half is produced by all the digging and grinding and sanding of ubiquitous construction.

The result of all this vigorous private enterprise is that Kurdistan, the poorest part of Iraq before the war, now enjoys the highest standard of living in the country. If the government here worked better, in fact, I think the citizens of Suli would be slower to develop their nascent individualism, capitalism, and vibrant civic culture. Few of them probably realize that they are slowly acquiring the habits of entrepreneurial capitalism: do for oneself; take risks and strive to get richer; don’t dwell on the past; and when things go badly—and do they ever know what “badly” can mean—pick yourself up, don’t worry about honor, and get on with life.

The Milton Friedman bottom of Suli is causing problems for the socialist top. Recent polls show that almost half of the electorate is tired of government inefficiency and the slow pace of infrastructure construction, and the Kurdistan Islamic Union is licking its lips in anticipation of the next elections. It’s a joke when the disgruntled citizens of Bologna, Italy, vote in protest for Communists. It won’t be a joke if the Kurds turn in protest to the KIU and other Islamic parties.

The PUK knows this, and some of its members also know that it can’t rest on its laurels for having fought Saddam. There are rumblings in the party’s liberal and reformist elements. It’s my hope that in the long run, liberal, free-market reformers will come out on top. And they had better, because Kurdistan is caught between a Turkish rock and a Baghdadi hard place. It’ll take cool heads—who understand that Kurdish independence is fragile and that Iraqi oil is too valuable a resource to be lost pursuing nationalist dreams—to navigate the shoals of a workable Iraqi federalism.

Jerry Weinberger is a professor of political science at Michigan State University, director of the LeFrak Forum at Michigan State, and an adjunct fellow at the Hudson Institute. His most recent book is Benjamin Franklin Unmasked: On the Unity of His Moral, Religious, and Political Thought. 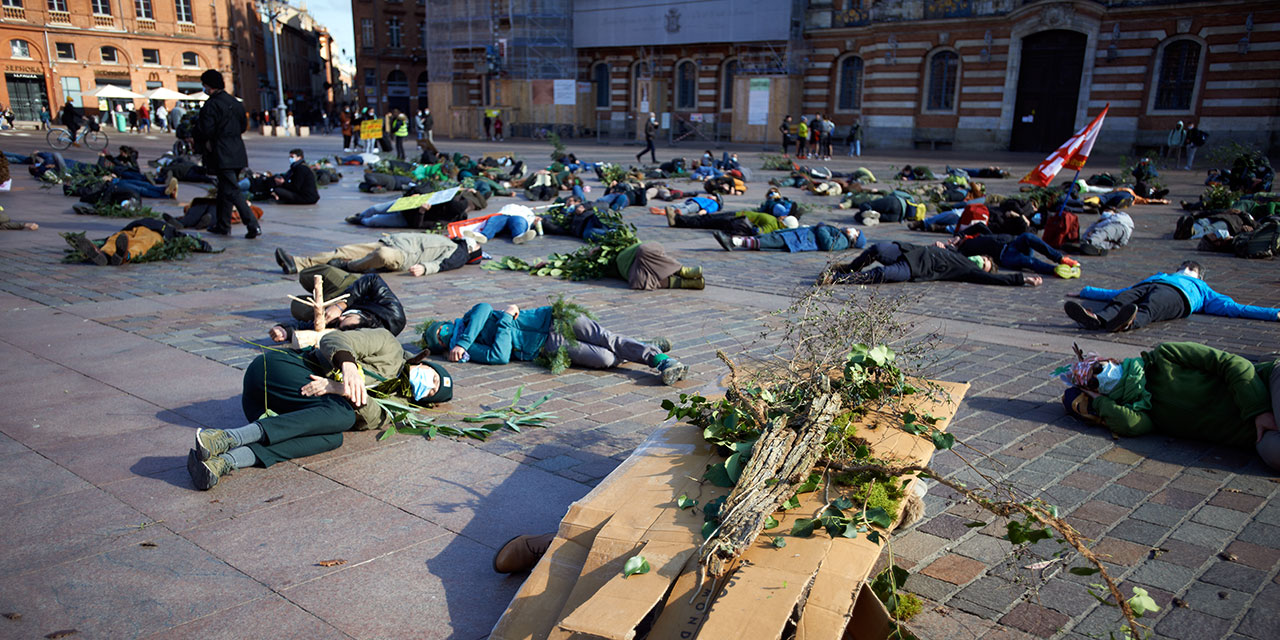