In the long struggle against Islamic extremism, American political leaders have always known that success would come only through the application of many tools, including economic aid. But this aid comes in many shapes and forms, and billions in poorly targeted “development” assistance to the Middle East often don’t produce the expected benefits. Instead, we should use our money to promote middle-class growth—among the most effective ways to nudge reform throughout the developing world, because a growing middle class usually comes to demand such goods as transparency, accountability, smoother capital flows, and eventually political liberty and freedom of the press. If America truly wants to help the Arab world turn the corner, it should use its influence to foster entrepreneurship, the engine of urban middle-class growth.

A robust venture-capital industry is crucial to the growth of urban entrepreneurialism, but in the Arab world it’s sorely lacking. In July 2006, I met with the four Egyptian runners-up of the Arab Business Challenge—the first large-scale competition of young Arab entrepreneurs, in which each of 17 Arab countries administered its own contest and sent a finalist to a regional challenge in Dubai. The meeting was both inspiring and sad. The exhibits included a prototype Arabic search engine that seemingly produced more accurate results than Google in a live comparison; a medical-device company that monitored at-home patient care to reduce time and money spent in hospitals; a streamlined system to monitor media and advertising penetration rates; and a mock-up of the first-ever Arab-themed video game, with graphics every bit as realistic as those in Grand Theft Auto. The entrants had all the same wide-eyed enthusiasm and free-thinking initiative on which open and thriving societies depend. It was sad, then, to contemplate that the lack of early-stage venture capital meant that these business ideas—which called for $500,000 to $3 million apiece in start-up funding—would remain only on paper.

One of the obstacles to fostering venture capital and entrepreneurialism in the Arab world is a culture that favors large enterprises over small start-ups. Historically, in the resource-free desert, buying and transporting goods took precedence over creating them; the effects of this history can be seen today in the Arab private sector, which remains dominated by family-run conglomerates with long pedigrees in trade. Such an economic environment suppresses the creative individual, particularly when he doesn’t come from an established merchant family. More recently, the discoveries of oil and gas in the Middle East have further entrenched elites and non-democratic governments, who now have even less incentive to diversify their economies and empower their people.

More recently still, the spike in oil prices earlier this decade drove a robust Middle East private-equity industry—but its focus was almost entirely on buyouts of large family conglomerates and state-owned enterprises. In the wealthy and economically diverse United Arab Emirates, the nonprofit Global Entrepreneurship Monitor reports, “liquidity is being driven into equity and property markets. Public and/or private vehicles to channel these funds into supporting entrepreneurial ventures within the UAE are almost non-existent.” In other words, there’s plenty of cash for acquiring pharmaceutical companies with $50 million in sales, but barely a trickle for software developers who need far less to get their ventures off the ground.

The dampening effects of this non-entrepreneurial culture have been felt even in wealthy states like Kuwait. “With a record budgetary surplus of almost $35 billion,” writes Ed James in the Middle East Economic Digest, “Kuwait is one of the world’s richest countries. But its inflexible state-run economy risks undermining this success.” Oil wealth, born of a top-down concentration of capital and labor resources, has stunted entrepreneurship and the institutions that nurture it. It should come as no surprise, then, that while the Arab world’s 13 represented countries achieved an average ranking of 53 out of 133 in the World Economic Forum’s 2010 Global Competitiveness Report, they fell to 85th place for the subcategory of Capacity for Innovation. Oil-rich states Oman, Qatar, and Libya ranked 87th, 109th, and 133rd in this category, in part because resource extraction requires no innovation.

Changing a culture is unquestionably difficult, but for the billions of dollars that America spends on development aid to the Middle East, we can do much more to help the urban middle class. One of USAID’s largest missions is Egypt; the State Department agency proudly trumpets the $15 billion in economic assistance that it has sent to Cairo since 1975. However, of the $160 million in current active loans to the Egyptian small- and medium-sized enterprise (SME) sector, over 75 percent goes to women in economically disadvantaged areas. When USAID does lend to urban entrepreneurs, the maximum loans are only about $2,600—hardly enough financing for a serious startup.

A better goal of U.S. economic aid would be to lay the foundations of the next Silicon Valley or the next emerging arts scene on the banks of the Nile or the Jordan. New media technologies are not born of rural microloans. American policy should help emerging middle-class entrepreneurs ascend the ranks of their societies and create a culture of meritocracy for those who will follow. A U.S.-sponsored venture capital fund, geared toward this particular demographic, could fill an important need.

American policymakers can also address the absence in the Middle East of good investment exit strategies, such as selling a business to larger competitors or holding an initial public offering (IPO) in the local stock market. In Egypt, the situation improved in 2007 when the Cairo and Alexandria Stock Exchange rolled out NILEX, an exchange designed to attract small- and mid-cap companies and modeled on London’s AIM market. But the U.S. could help matters further by offering technical assistance to other regional stock exchanges, encouraging IPOs for emerging companies.

Another exit strategy in need of American assistance, ironic as it may sound, is bankruptcy. Bankruptcy is important to middle-class growth because it gives entrepreneurs the flexibility to experiment and a cushion against failure. Bankruptcy laws bring transparency to the separation of personal and company liability, and they clarify the rights of creditors and debtors. While the countries of the Gulf Cooperation Council (GCC)—Saudi Arabia, Bahrain, Kuwait, Oman, Qatar, and the United Arab Emirates—have relatively advanced legal frameworks, they also maintain debtors’ prisons, which would dissuade the most adventurous businessperson. In Egypt, commercial law derives from a tangle of sharia, socialism, the Napoleonic Code, and British influence. The result is a system that, according to Andrew Bossone, provides “no functional equivalent of ‘bankruptcy protection’ . . . that would allow a company . . . to re-organize and beat insolvency.”

Helping Arab entrepreneurs could have the positive effect of encouraging broader reforms in the region. Middle-class fortunes rise or fall according to the quality of transparency, civil society, and domestic governance. When these institutions don’t work in its favor, the middle class is uniquely able to rouse leaders for political and regulatory reform from within. Even a corrupt and insulated leadership is tempted to respond to middle-class complaints, realizing that action could result in economic growth, higher tax receipts, and good publicity. Moreover, institutional reform brought about by an agitated middle class has far more legitimacy than anything an intervening foreign power would enforce.

Not even the harshest American critics could credibly object to our support of the Arab world’s enterprising young people. Aiding the middle class would build goodwill, foster economic growth, and quietly create an influential constituency for reform in the Middle East—and that would be good news for the Arab world and the United States.

Jay Hallen works at a trade finance firm in New York. He has previously consulted financial institutions in Iraq and Egypt on behalf of the U.S. government. 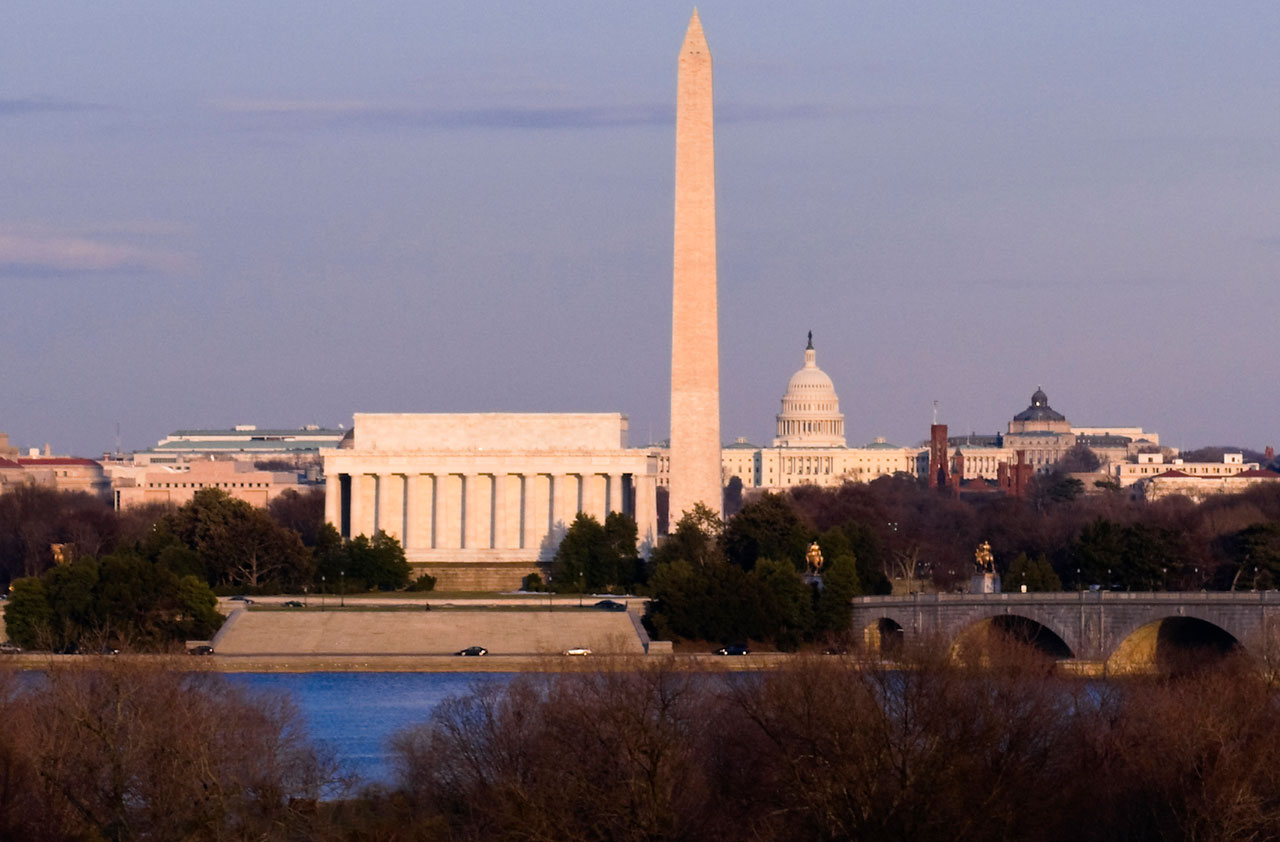 Memo to Amazon: Stay Away from D.C.

Jay Hallen In choosing a site for its second headquarters, the Internet giant should avoid the nation’s capital.
eye on the news