Over a century ago Chief Justice Morrison Waite wrote for a unanimous Supreme Court that the marriage of one man to one woman was the institution upon which "society may be said to be built." The vast majority of Americans continue to share this view, and more evidence piles up yearly of the horrendous social costs that have resulted from the fraying of the marriage bond over the last three decades.

The problem is that a small but vastly influential minority of Americans rejects this received wisdom of Western civilization as pernicious nonsense and has waged an increasingly successful war to deprive heterosexual marriage of its unique public standing, hoping to make it just one option in a smorgasbord of possible "life-styles." The Supreme Court of Hawaii is expected soon to legalize homosexual "marriage," with the inevitable consequence that same-sex couples will turn up in other states with Hawaiian documents and demand recognition of their union under the "full faith and credit" clause of the U.S. Constitution. And in San Francisco, Mayor Willie Brown and the Board of Supervisors have passed an ordinance requiring any business or nonprofit organization that contracts with the city to give all "domestic partners" of its employees, heterosexual or homosexual, the same benefits it affords to spouses. The nationalizing impulse is afoot here too: the ordinance applies to all of a contractor's operations, so that the city has told United Airlines, for instance, that it must offer domestic-partner benefits company-wide if it wants to lease space at the San Francisco airport.

The activists and intellectuals behind these decisions see no special virtue in heterosexual marriage. For them, this most enduring of human institutions has nothing to do with God or nature; it is a mere "construct" of social power and language, created by "hegemonic" Euro-American males to keep homosexuals and women in their place. They believe that the biological differences between the sexes are trivial inconveniences and that a creative blooming of freely chosen unions awaits us if only we reformulate the definitions of words like "marriage" and "family." Opinions to the contrary, they maintain, are little more than superstition or bigotry—a view for which they have found an ally in Justice Anthony Kennedy, who wrote for the majority in last spring's case of Romer v. Evans that only an irrational "animus" could have motivated the people of Colorado to deny special legal protections to homosexuals.

As George Orwell would have said, only an intellectual could believe such bilge; ordinary people—and not just the religiously devout—will reject it out of hand. They will, that is, if they get the chance. For so great has the influence of the American intellectual class become, so great are its institutional advantages—especially in the courts and in a few large cities—that the socio-legal revolution against marriage is advancing in ways that largely evade the requirement of  majority consent. 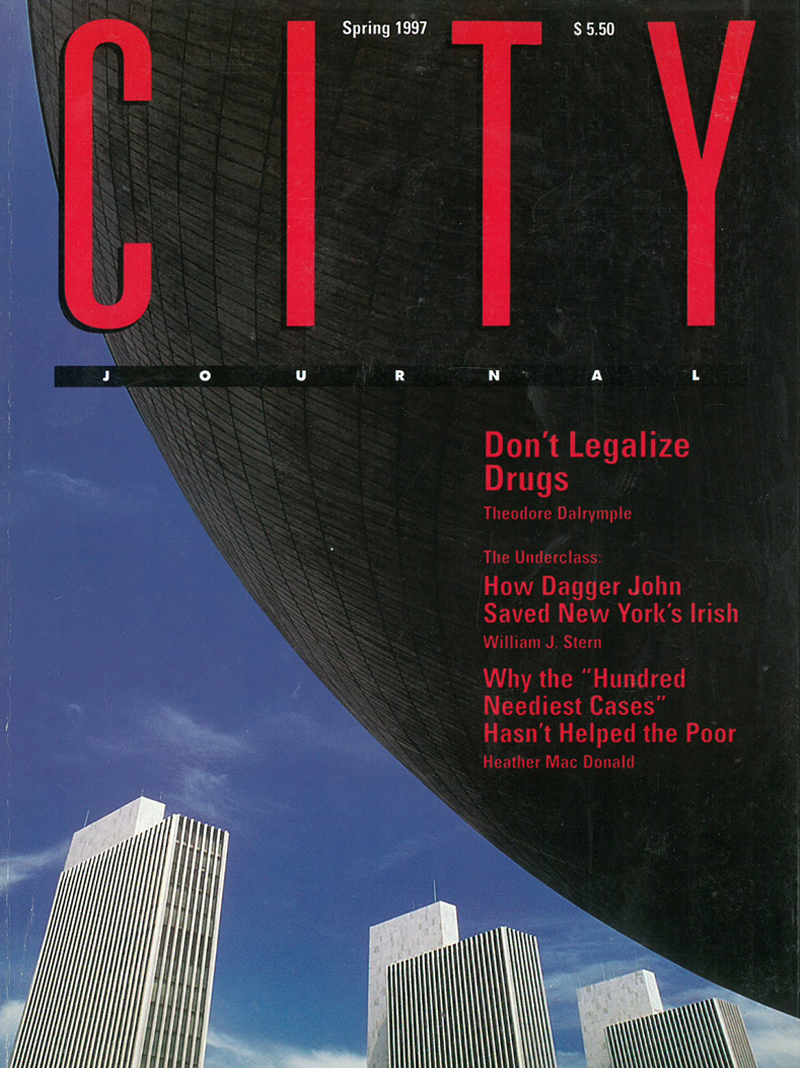 Why the Founding is Back in Fashion

Richard E. Morgan Nothing in the U.S. Constitution or the state constitutions prohibits this highly popular school reform—as the current Supreme Court might soon agree.
More on