Mayor Bill de Blasio’s defeat last month in his fight to contain the rapid growth of ride-sharing company Uber is the latest in a series of stumbles that have rattled his administration. The politically nimble figure who captured the mayoralty less than two years ago has increasingly revealed himself to be a clumsy politician who will promise anything to anyone, with no regard for how he will deliver on those promises.

The roots of de Blasio’s battle with Uber date to before he was elected. In 2011, Mayor Michael Bloomberg sought to update and standardize the city’s fleet of yellow cabs with the “Taxi of Tomorrow.” This futuristic vehicle would be more spacious than the standard taxi of today, and it would include appealing features such as mobile-phone chargers and a sunroof. Bloomberg’s effort was met by opposition from the Taxi Owners Association, an industry group of medallion owners, who weren’t happy about being forced to buy a particular model of taxi.

The medallion owners sued the city over the Taxi of Tomorrow, slowing down the process of standardizing the fleet and embarrassing Bloomberg, who reportedly snarled at “taxi kingpin” Gene Freidman that he would “destroy your f---ing industry” when he left office. Sure enough, Bloomberg was later revealed to have invested substantially in Uber and its smaller competitor Lyft.

Freidman and his fellow medallion owners contributed heavily to de Blasio’s campaign with the expectation that he would help protect their industry, including its legal monopoly on street hails. But the popularity and success of Uber and its competitors have made it impossible for the mayor to assist his taxi-industry contributors, even as the value of their medallions has plummeted. As with the horse carriages that de Blasio promised to ban, few mechanisms exist that allow a mayor to eliminate legal businesses by edict.

The mayor thus adds to his list of political defeats. He was unable to get a special tax levied on the ultrarich in order to fund universal pre-Kindergarten. He vowed to kick charter schools out of city-owned property and was rebuffed soundly. He swore he would return the state senate to the Democrats, and in response, the Republicans won an absolute majority. He was humiliated in this year’s round of budget negotiations and was given only a one-year extension on mayoral control of schools.

And that list doesn’t even touch de Blasio’s purely political missteps. He married himself publicly to Al Sharpton, swearing to “hang out with him” more, even as criticism of the relationship increased. He alienated the centrist wing of the Democratic Party, including its donor base, by suggesting that Hillary Clinton needed to prove herself to him before he would endorse her campaign for president. He leaned on the Working Families Party to endorse centrist governor Andrew Cuomo, who turned around and created a bogus Women’s Equality Party that siphoned WFP votes.

De Blasio’s only reliable ally has been Melissa Mark-Viverito, the city council speaker whom he personally selected for the job. The speaker has unquestioningly done whatever the mayor tells her to do. When it emerged that some school bus drivers employed by a private contractor were unhappy with their salaries, de Blasio instructed Mark-Viverito to pass a one-time grant—to a private company—to increase the drivers’ pay. When de Blasio wanted to appoint his own campaign treasurer to be the commissioner of the Department of Investigation, Mark-Viverito didn’t think twice.

That unity was momentarily disrupted over the Uber crisis. When it emerged that the council barely had enough votes to pass a bill that would cap the number of licenses available to the ride-share company until the completion of an environmental review, de Blasio announced to minor fanfare that he had struck a compromise with Uber, failing to mention the role of the council speaker in the negotiations. He then added that he could always introduce the bill again if Uber fails to keep its end up. Furious and near tears, Mark-Viverito slammed de Blasio in a press conference, saying that she was insulted “as a woman and a Latina” that the mayor had suggested that he controls the legislative side of City Hall. In New York City’s strong-executive constitutional system, of course, the mayor is much more powerful than the council—it just isn’t good manners to say so. In seeking to save his own face, de Blasio forgot to give Mark-Viverito room to save hers.

Amidst the spiraling, cascading series of mishaps and embarrassments, it’s no wonder that de Blasio enjoys spending so much time in other cities and countries, where just being “mayor of New York City” commands a certain degree of automatic respect. 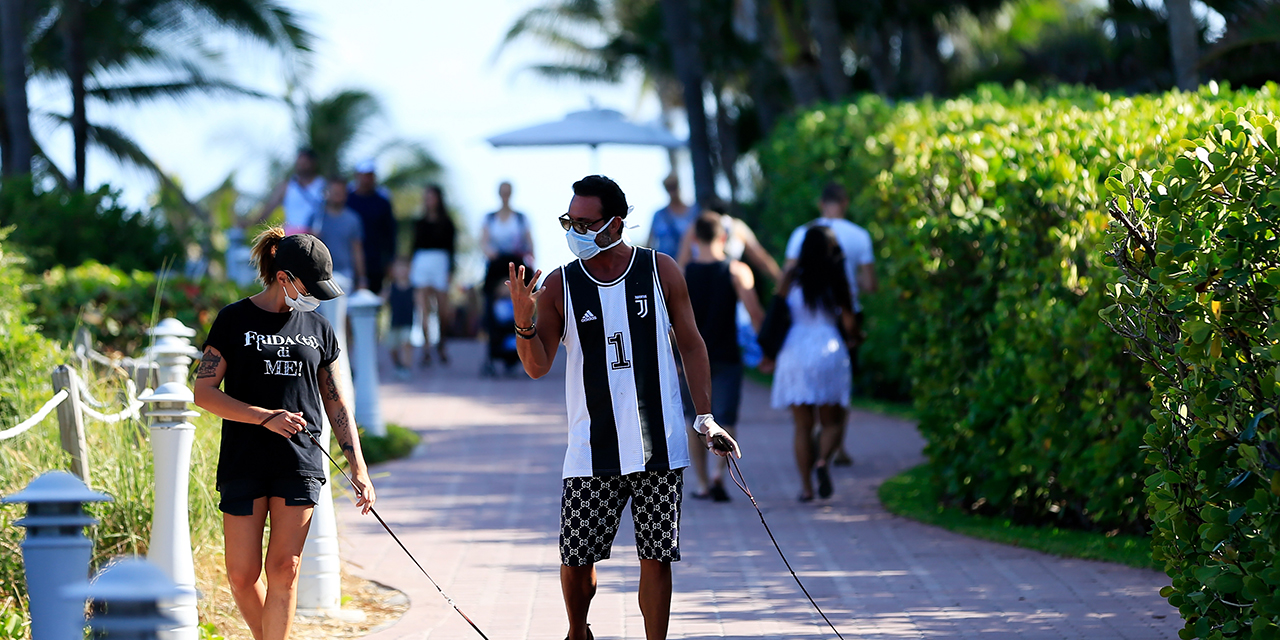 Seth Barron The Covid-19 pandemic calls for a cheap and easy protective addition to our wardrobe.