Covid and the Condition of New York City 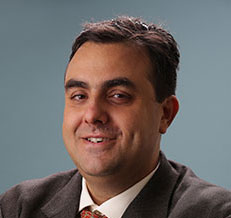 Seth Barron is associate editor of City Journal. He writes primarily about New York City politics and culture. Barron has a B.A. in English literature from Trinity University and an M.A. and M.Phil. in the same subject from Yale University.

You live in lower Manhattan. How are things there right now?

At the beginning of the pandemic, about half the neighborhood emptied out. Many people have returned, but it’s still relatively deserted. Businesses are struggling, and many longtime small retailers have closed permanently. Outdoor dining has surged and is popular in Greenwich Village, largely because people are desperate for something to do. But as the weather turns cold, and indoor dining is restricted to 25 percent capacity, it seems likely that more restaurants will close, too.

The situation in and around Washington Square Park illustrates the disparities in enforcement of social distancing mandates. Every weekend, “Protest Parties”—sponsored by the “Refuse Fascism” initiative of the Revolutionary Communist Party, in conjunction with Black Lives Matter—are held in the park and go on all night. A deejay sets up with amplified speakers, and the park is jammed with young people dancing and partying. Meantime, libraries and theaters remain closed.

Until recently, wildcat protests took over the streets several times a day, blocking traffic. Police said that they were under orders not to interfere with anything related to anti-police protests.

What long-term impact will Covid-19 have on New York City?

New York City has weathered many serious storms in the past, and people bearish on the city’s future have never been in short supply. It seems premature to sell New York short, because it is still America’s largest city and plenty of reasons remain for people to live here. People who grew up here and call it home aren’t rushing to move out just because owners of Class A office space are discounting their future revenue projections.

But the larger fiscal outlook is troubling. The drop-off in tourism, for instance, is a disaster that spirals outward. New York gets 63 million annual tourists, who spend thousands of dollars each on hotels, taxis, meals, gifts, entertainment, and so on. Hundreds of thousands of people—maybe millions—are direct beneficiaries of those dollars. And they pay rent or mortgages, buy groceries, and pay taxes. How will New York make up that money?

Midtown is hollowed out, as Space Age-era rhetoric about remote work is finally becoming real. Will companies force their employees to return, on the grounds that local sandwich stores require them to buy lunch every day in order to keep the circulation of money flowing? That’s not a terribly compelling argument for commuters, who have their own concerns.

It seems reasonable to imagine that New York City will have to “take a haircut” on expectations of its own value. Everything is at a premium here and always has been. There will probably be a painful adjustment to a lower standard of living, and the city will likely become shabbier, grimier, and grittier.

What is the political outlook for New York?

Not encouraging. The current cast of people running for office is doubling down on hard-Left rhetoric. Their attitude seems to be that Mayor Bill de Blasio talked the talk, but they will walk the walk. Candidates for next year’s mayoral election continue to seethe about wealth inequality, even as the richest New Yorkers eye the exits—and plan to take their assets with them.

Candidates for lower offices are taking even more extreme positions, arguing for abolition of police, much higher taxes, single-payer health care on a state level, and vigorous “desegregation” of a school system that’s already 85 percent nonwhite. Elected officials of significant standing openly pine for a collapse of the economy and real estate valuations, which will allow the government to take over most private property and socialize the economy, creating “land trusts” that would be run by their political allies in the nonprofit world. They would seek to impose a top-down vision of land use and housing on the city.

It’s not a great picture.

Seth Barron State and city leaders condemn a high court decision on legal firearms, saying that it will worsen rising violent crime—but that’s a problem in their own power to solve.
books and culture

Seth Barron Baz Luhrmann’s remarkable Elvis treats its subject as a serious artist, rejecting the impulse to portray him as a grotesque clown.
from the magazine

Seth Barron The media and public officials portray the city’s escalating violent-crime problem as arbitrary—but the assailants and their targets are both entirely predictable.
More on

What Does Walensky’s Apology Really Mean?

Carl J. Schramm The CDC director confessed last month that the agency had failed during Covid—but her mea culpa is likely designed to protect against serious reform.
eye on the news

Zach Caverley The Golden State attempts to create scientific consensus on Covid through government force.
eye on the news

The CDC Should Stand Up for Schoolchildren