Campus Comstocks and the Constitution

Years ago, flaky Antioch College in Yellow Springs, Ohio, was ridiculed for requiring “affirmative consent” at each step of a student sexual encounter. More recently, falsely accused University of Virginia fraternity members were presumed guilty of rape and sanctioned by administrators. Today, affirmative-consent laws in California and New York empower unaccountable sexual-misconduct panels on campuses, which can destroy students’ educations, with few procedural protections. California’s new law requires “[a]ffirmative, conscious, and voluntary agreement to engage in sexual activity” that is “ongoing throughout a sexual activity and can be revoked at any time.” New York’s has a similar requirement, but also allows sexual partners to demonstrate consent by actions. More states are considering similar laws.

This new system of private prosecution of sexual offenses is reminiscent of the turn of the twentieth century, when groups associated with moral crusader Anthony Comstock were empowered to suppress “white slavery” (a coercive-sounding euphemism for prostitution). Echoing those earlier crusaders, Sarah Merriman, spokeswoman for Students Active for Ending Rape, wrote in the Washington Post: “[I]f universities are always doing what is right for their student survivors, then we would not need to add . . . ‘due process for the attacker’ to the list of our battles.” Pressing numerous Supreme Court cases over several decades, feminist and gay-rights advocates claimed a near-absolute right to bedroom autonomy—and encouraged an anything-goes college sex culture. But these cases grant equal rights to straight males, too, while barring campus kangaroo courts.

Sexual misconduct does take place on campus, as confirmed by the appalling images of Vanderbilt University football players carrying an incapacitated woman into a dorm room and assaulting her. (Though the players were initially convicted of rape, their case was declared a mistrial due to juror bias and will be retried later this year.) But the new campus consent laws go far beyond the legal definitions of rape or even unwanted sexual contact, which require intent to act without consent. Under New York criminal law, when an accuser claims lack of consent due to incapacity—a common theme in college cases—the accused can be guilty only if there is corroborating evidence that he knew of the incapacity.

The new laws were inspired by Comstock’s 1970s successors. Where early twentieth-century purity crusaders implied that sex by white women outside marriage was coerced, second-wave feminists such as Andrea Dworkin and Germaine Greer expanded the claim to include all heterosexual sex. Susan Brownmiller claimed nearly universal male support for rape, which she called “a conscious process of intimidation by which all men keep all women in a state of fear.” First-wave feminists had opposed “ladylike” pre-feminist sexual norms; these second-wave feminists added that women having heterosexual sex could never be truly liberated and remained victims. The campus consent laws codify the resulting “heads-I-win, tails-you-lose” ideology: when two wasted students hook up, the female’s claim that she doesn’t remember what happened is enough to convict the male.

Given this oxymoronic view of heterosexual women as sexually liberated, passive victims, affirmative-consent rules invite retroactive accusations—as much as a year later in one Vassar College case. Men wishing to avoid such charges face impossible demands: in mid-encounter, they must document step-by-step consent. If they don’t, they risk a swearing contest, with one party’s word against another’s and the accused subject to expulsion. Potiphar’s wife ran this scam on Joseph as far back as the Book of Genesis.

The new affirmative-consent rules fall afoul of many constitutional principles: they are vague and overbroad under the First Amendment (regulating speech) and the Fifth Amendment (regulating due process). The mandated bedroom scripts amount to government-compelled speech, which the Supreme Court has overturned in cases ranging from Planned Parenthood v. Casey (1992)—involving notification before an abortion—to Knox v. SEIU (2012)—involving union political expenditures. In Lawrence v. Texas (2003), the Supreme Court struck down sodomy laws that criminalized an unmarried couple’s gay sex and imposed sharp constitutional limits on state control, saying, “[L]iberty gives substantial protection to adult persons in deciding how to conduct their private lives in matters pertaining to sex.” In Lawrence, if the accused were proven guilty beyond a reasonable doubt under constitutional criminal-procedure protections, he faced a maximum $200 misdemeanor fine. Yet campus sexual-misconduct procedures—administrative rather than criminal proceedings—can impose greater sanctions with fewer procedural protections.

The Obama administration has also consistently argued that unequal results constitute evidence of unlawful discrimination under statutes such as the Fair Housing Act, Title VII (employment), and Title IX (education). By this logic, the new campus consent rules violate Title IX because they have a disparate impact—on men. The vast majority of campus consent proceedings are directed at men, who are now a minority on college campuses: only 44 percent of undergraduates in autumn 2013, with the percentage expected to drop further over the next decade.

The Obama administration’s notorious “Dear Colleague” Title IX Guidelines made a disparate impact inevitable by seeking to strip procedural protections for male defendants. The guidelines mandate a “preponderance of the evidence” standard (as opposed to the “beyond a reasonable doubt” standard used in criminal cases), meaning that a campus panel can expel an alleged offender based solely on an accuser’s testimony about lack of consent at some phase of a sexual interaction. Universities are not required to let accused students find legal representation and can limit the role of those lawyers who do appear—leaving an accused student with little ability to challenge a biased proceeding. New York’s law includes procedural protections, but not every accused student will have the money to hire an attorney.

These complex proceedings risk unfair results even with good-faith efforts at neutrality. Campus sex panels typically handle a low volume of cases and are often staffed by faculty members without legal training. Court rules on procedure and evidence don’t apply, making it hard to develop internally consistent procedures for distinguishing good claims from bad. Facing pressure from the Obama administration and campus-rape activists, many universities may simply opt to convict. Even if the university hearing officer finds no sexual misconduct, the administration may successfully pressure for a reversal. A University of Tennessee at Chattanooga administrative law judge initially cleared wrestler Corey Mock on charges of sexually assaulting a fellow student in 2014. After a meeting with Mock’s accuser, the school’s chancellor asked the panel to rehear the case. Mock was found guilty and expelled. Last summer, a judge overturned the expulsion because the campus affirmative-consent rule required Mock—the accused—to disprove that an assault had occurred.

When allegations of sexual assault are levelled on campus, students and administrators should rely not on unconstitutional procedures but on criminal law, which covers everything from unwanted touching to rape and has clear rules of evidence and standards of proof. Colleges must retain the ability to discipline student misconduct, whether sexual or otherwise; faced with the evidence of assault produced in the Vanderbilt case, virtually every college would insist on serious sanctions even without a criminal conviction. But college discipline should be applied only through fair procedures, not through the stacked deck created by affirmative-consent laws.

Jay Weiser is associate professor of law at Baruch College. As City University of New York (CUNY) University Faculty Senate Legal Affairs Chair, he has negotiated multiple iterations of CUNY’s Sexual Misconduct Policy with the CUNY administration. All views expressed here are solely his own. 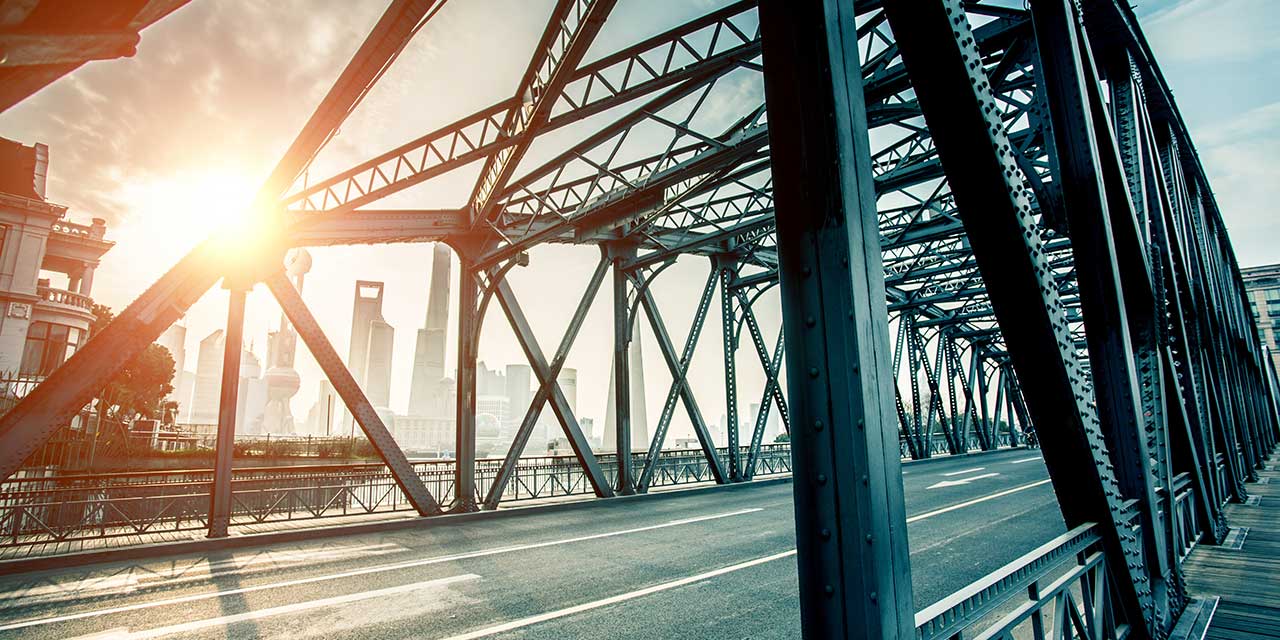 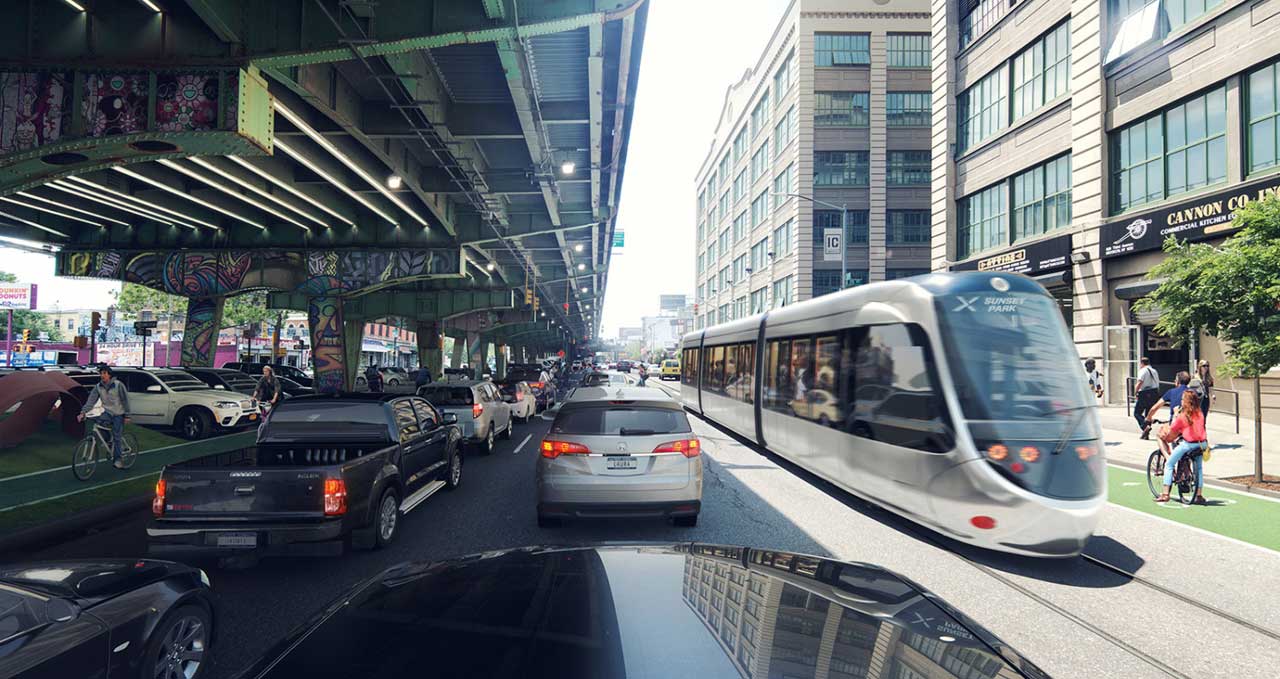 Jay Weiser There are better ways to improve transit options in Brooklyn and Queens than the city’s proposed light rail.
More on