Braggistan in the America of the Imagination

Before my friend, Army major Rory Aylward, left for Afghanistan at the end of February, he invited me down to Fort Bragg, North Carolina, to watch the final stage of his training. The “Capstone exercises” were to be a week of staged maneuvers set in “FOB Patriot,” an imaginary Forward Operating Base in Central Asia. “Theater immersion,” the Army calls it. The soldiers, sailors, and airmen involved refer to it mordantly as Braggistan.

I was eager to attend. I had just finished an essay for City Journal on the latest spate of Hollywood antiwar films (see “The Lost Art of War,” Winter 2008). I was appalled by them and, as an occasional screenwriter myself, ashamed of the industry. The movie business has produced and is still producing a steady stream of petulant, we-are-the-enemy propaganda pieces—including Redacted, Lions for Lambs, and In the Valley of Elah—that portray those who wear the “uniforms that guard you while you sleep” as brutal abusers, naive cannon fodder, or shell-shocked and murderous maniacs. I wanted to go to Braggistan to pay tribute to Rory and his colleagues and to let them know that there are still some people in the entertainment world grateful to them for keeping our artsy carcasses safe from the madcap slaves of Allah.

Plus, it sounded as though it might be fun—which it was, kind of.

Rory is part of a PRT, or Provincial Reconstruction Team, made up of about 90 active and reservist servicemen, as well as a few civilians. They’re being deployed in Afghanistan to try to help build a civil society there in the after-wreckage of the Taliban. This culminating week of training, under the auspices of the 189th Brigade of the First Army Division East, consisted of improvisational role playing: unscripted meetings between PRT officers and actors doing their best impersonations of local mullahs.

It was nothing if not amusing to watch the team’s leader, Commander George Perez—a highly intelligent but plainspoken Navy submariner who looked as though he’d be more comfortable solving his problems with a torpedo—try to master the art of sensitive intercultural negotiations (for which, it turned out, he had a genuine talent). More amusing still, training planners often interrupted the scenarios with unannounced “injects”—simulated sudden dangers meant to represent the perils of the real Afghanistan. Thus I found myself bouncing over muddy forest roads in Humvees with fake IEDs exploding on every side; dodging mock sniper fire in cinderblock-and-plywood villages; and running here and there in “full battle rattle”—some 40 pounds of body armor—which, for a man my age, had a certain hernial hilarity all its own.

But jolly as all this may be when the bullets aren’t real, I found something truly disconcerting about making the transition from Hollywood to FOB Patriot—I mean, from one exercise in make-believe to another. I couldn’t help noticing that we—we of the cultural classes—do make-believe better than the people who live and fight in the real world.

I kept thinking back to all those antimilitary movies I’d seen and to left-wing journals like the New York Times, which consistently highlight military abuses and failures while obscuring and downplaying military heroism and advances. The servicemen I was training with were clearly smart, expert, and committed to excellence in the defense of their country. They also seemed a lot more mentally stable than most of the screenwriters, journalists, and academics I know, though that’s not saying much. Yet Hollywood and our left-wing media, as well as our antimilitary professoriate, can be quite convincing when, say, they portray an isolated injustice like Abu Ghraib as evidence of systemic atrocity, or depict veterans as more likely to commit crimes than the rest of us, which statistically they’re not. Conversely, as spectacular as our armed forces are at the business of ousting real-life tyrants, they fall a little short when it comes to works of the imagination.

Take Braggistan itself. The trainees, especially those who’d actually been to the wars, complained bitterly about the lack of realism there, crowding around my Humvee at one point to tick off their grievances. The injects—IEDs and snipers—were more typical of Iraq than Afghanistan, they said, where you’re more likely to encounter rocket fire from a distance. The vehicles, equipment, and accommodations weren’t true to life. And a lot of the instructors had never been “downrange” and so were teaching out of textbooks rather than from experience. This is not to suggest that the warriors were poorly trained. In fact, they’d been so well trained elsewhere that a fun-park ride like the Capstone exercises struck many of them as irrelevant. After one series of snafus turned a mock shura, or tribal consultation, into a gunfight, a passing sergeant shrugged deadpan and drawled to me, “We’re better when it’s live.”

Okay, so the Army isn’t Universal Studios. But the failures here are symptomatic of a larger imaginative deficit. From its tongue-tied commander in chief to its “information operations”—which even the military admits are regularly outdone by al-Qaida propagandists—down to the public-affairs people who deal with the local press, the military has so far been incapable of putting its urgent mission into narrative form. An insulated culture of taciturn heroism may work against them here, but there’s also the usual governmental cluelessness about dealing with the public. Even at Fort Bragg, when a sympathetic journalist—namely me—tried to get permission to join the training, I was at first given the sort of stone-faced runaround you usually associate with the Department of Motor Vehicles.

Now you may say that capturing the imagination isn’t the job of our fighting forces. But this is America, remember: we’re a country of the imagination, a living state of mind. We’re not connected to one another by bloodlines or any depth of native memory. We’re the descendants of an idea that every generation has to learn to hold in its collective consciousness. More than in any other country, it matters in America who we think we are and what we believe we’re doing.

Our academies, the news media that train in the academies, and the entertainment industry that’s informed by the news media have become, to my thinking, a sort of alternative state of the imagination, a kingdom of lies founded in the muck of hysterical guilt, historical distortion, and philosophical solipsism. In their fantastic and labyrinthine narrative, our fascist foes are Nemesis, the emanation of our own sins, and therefore our military can only be the mad or foolish servants of evil.

The real story is simpler, and it should be simple enough to tell: we’re up against another generation of the ever-present enemies of the American idea, and they have to be stopped by the sort of men and women who are training at Fort Bragg.

Andrew Klavan is a City Journal contributing editor and the author of such bestsellers as True Crime and Don’t Say a Word. His new novel, Empire of Lies, is just out. 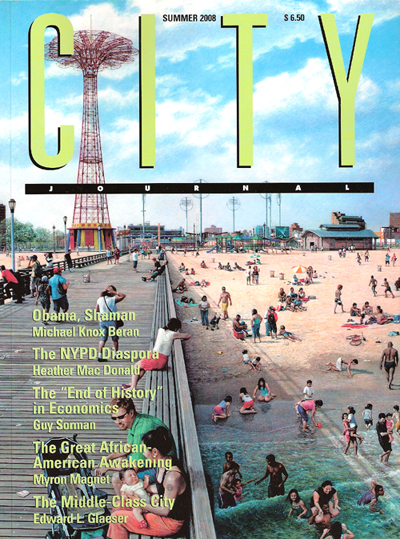 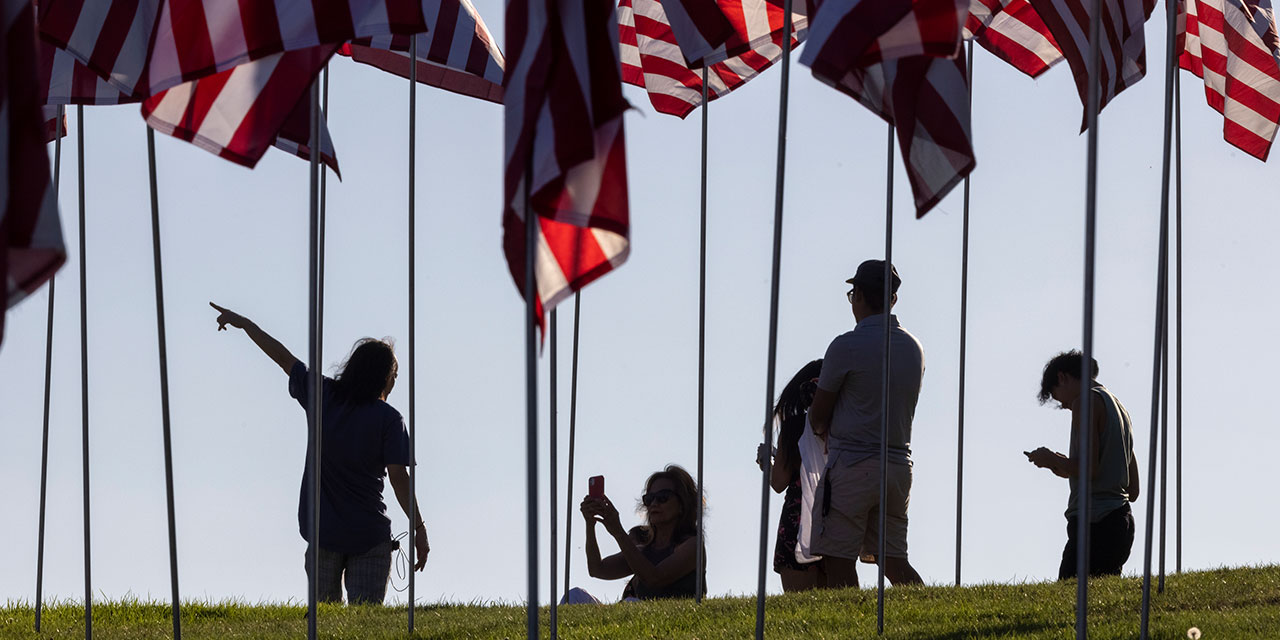