I love Roz Chast’s cartoons; her scratchy drawings are intrinsically funny even before you get to the caption. But when she tries to put over a Message, you get the uneasy feeling that you are watching a champion badminton player serve a bowling ball. Her “Museum of Grant-Free Art” appeared in The New Yorker recently. Three paintings hang on a wall. The first shows various household cleansers in containers and, incorporated in the picture, a headline reading: “I don’t know where I'd be without KLEENEE products.” Then a man and wife, headlined “Thanks, Mom and Dad!” and a still-life with acknowledgments like “Fruit: Courtesy of Marvin’s Corner Market.” It would be an awfully vulgar world, Chast is hinting, without the National Endowment for the Arts.

Anti-NEA Republicans are a tempting mark, of course. “These boys and girls,” writes Time art critic Robert Hughes of GOP freshmen in Congress, “aren’t even cultural Neanderthals. They’re Jurassic.” That sort of attack is easily dismissed, being that it is (let’s face it) just slightly overwrought. Chast, however, hits the nail on the head. Readers should be alert to two messages over and above the general point.

(1) Without the NEA it would be 1965 all over again, when the public was stuck with the sort of “artist” who was capable of getting people to support him voluntarily—Picasso, Matisse, Liberace. There wasn’t a whole lot of difference back then between supporting art and buying frozen enchiladas at the A&P, except that (of course) only the very rich could take part. And you will recall how, in their crass rush to satisfy wealthy clients, the artists of that era produced nothing remotely comparable to the radical feminist art, excrement art, and wonderfully frank photographic explorations of unusual sexual practices that have blossomed now that American artists are free to please the public instead of a bunch of snotty rich people. It might also be worth reminding younger readers that, pre-NEA, artists who had yet to establish a reputation had to make art just because they wanted to. The facts were suppressed at the time, but we know today that this often resulted in gastric upset.

(2) The cartoon also reminds us that, so long as the taxpayers are buying, we needn’t worry about artworks’ being defaced by the sort of ghastly acknowledgment Chast rightly deplores. Nobody ever thanks the taxpayers for anything. 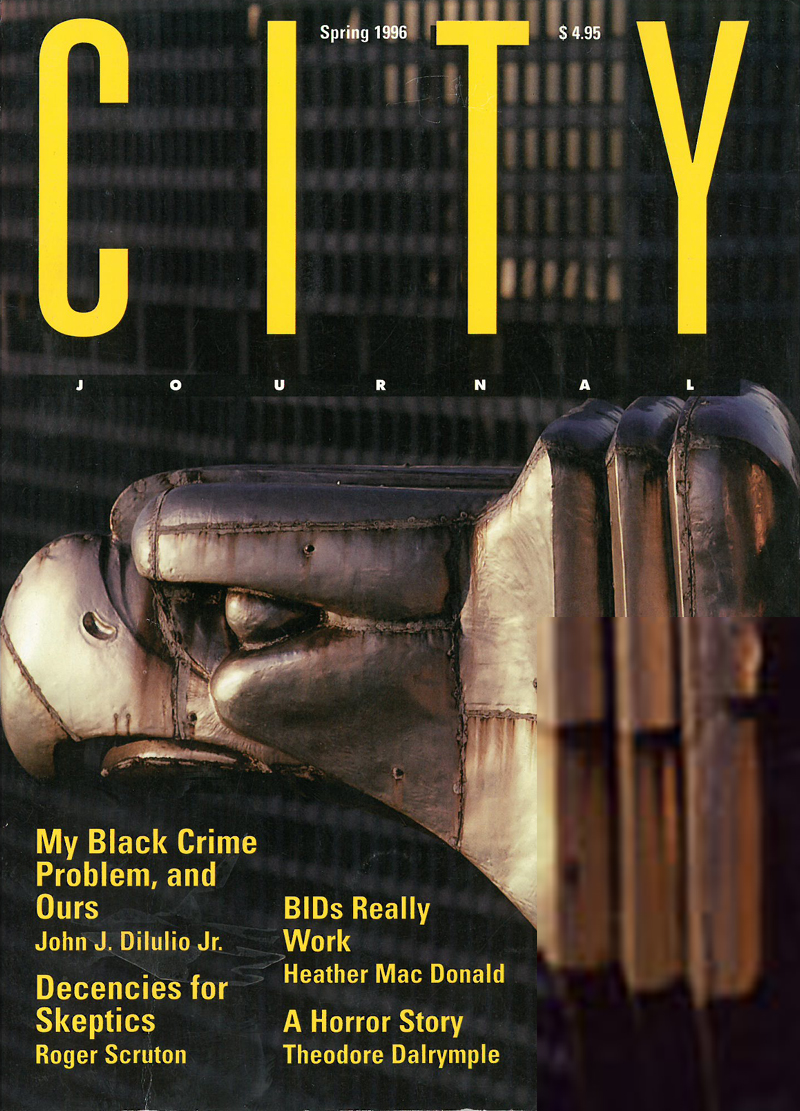 The Immorality of Environmentalism

David Gelernter Critics of the Greens can’t just grumble about costs. They must make the moral case for a far nobler ideal than man the steward--man the creator.
from the magazine

David Gelernter
from the magazine