The taxpayers’ predicament over Fannie Mae and Freddie Mac is already grave enough. The Bush administration has asked Congress for a massive rescue package for the twin “government-sponsored” mortgage investors and insurers, and the Fed has announced that it will extend short-term lending to both Fannie and Freddie. Graver still, though, is the fact that the rest of the world of supposedly “high” finance is becoming more like Fannie and Freddie, with potentially disastrous consequences for the American economy and taxpayer.

What are Fannie and Freddie—and why should we care? The two behemoths sponsor about half of the nation’s home mortgages, mostly of the old-fashioned, fixed-rate variety. They’ve guaranteed three-quarters of recent mortgages since the credit crisis began, up from 40 percent a couple of years ago, when investors were so optimistic about housing prices that they didn’t find the guarantees necessary. These mortgage guarantees, as well as the companies’ borrowing to support their own investments in mortgages, account for virtually all of Fannie’s and Freddie’s $5.4 trillion in liabilities.

A trillion here, a trillion there, and soon you’re talking about real money—more than one-third of the annual gross domestic product, in fact. Yet this mass of obligation sits on a razor-thin base. Fannie and Freddie hold only about $80 billion in actual capital, or under 2 percent of all of those potential liabilities. They get the rest of their money through borrowing. And because their borrowing matures regularly, they must raise new billions every month.

What this precarious capital structure means is that Fan and Fred have scarily little room for error. If the value of the mortgage loans they hold or guarantee declines by just a few percent, their capital is wiped out. William Poole, former chief of the St. Louis Fed, helped set off a run on the firms’ shares last week by noting that Freddie was already technically insolvent, thanks to the decline in home values over the past two years (though the situation had been clear in May). Why did lenders and shareholders, then, give such dangerous companies money to play with, especially on Fan’s and Fred’s customarily cheap terms?

The answer is that while Fannie and Freddie are technically private firms, their debt has come with an implied government guarantee. Everyone has long believed that Fannie and Freddie are “too big to fail”: that is, that the feds would never let them fall into bankruptcy, for two reasons. One, they’re crucial to the nation’s mortgage markets, partly because it’s hard for other firms to compete with their once-implicit government backing. Two, they’re crucial to the nation’s broader financial markets, having wrapped themselves in a web of guarantees, insurance contracts, and derivatives that makes Bear Stearns’s business look as straightforward as a lemonade stand.

As for shareholders, sure, back in March the Fed allowed Bear Stearns’s shareholders to lose nearly everything while rescuing its bondholders, and Treasury Secretary Hank Paulson has said that he doesn’t want Fan’s and Fred’s shareholders to benefit from any bailout. But the government’s role is more complicated in this case. Uncle Sam could never find someone to buy Fannie or Freddie in a crisis at a cut-rate price the way JPMorgan bought Bear; Fannie and Freddie are just too big. The financial disaster that their failure would create, however, would mean near-certain depression, and the government’s alternative, a federal takeover that would mean increasing the national debt by half, is only slightly more attractive. The Bush administration’s move this week—asking Congress to allow the federal government to step in, if necessary, to buy shares of the two companies and lend them potentially hundreds of billions of dollars—bears out this stark reality.

But how did the government get into the business of protecting Fannie and Freddie? Back in the 1930s, private lending for most activities, including home building and buying, had pretty much stopped, partly because banks had lent heavily against both stock-market and real-estate securities in the twenties and simply had no money left to lend once the value of that collateral evaporated. John Fahey, the chair of the Federal Home Loan Bank, said in 1938 that “overspeculation in real estate” had proven “as dangerous to the general welfare as is overspeculation in securities.” The solution to the problem of banks’ inability and reluctance to lend was to create a new federal home-loan agency that would, in the words of the National Association of Real Estate Boards’ finance chair, Edward A. MacDougall, provide a “balance wheel.” The lender “wants stabilized practice as the best assurance of the safety of his loan,” while the borrower “wants assurance against getting caught in any such dearth of mortgage funds as was experienced in recent years.” The Federal National Mortgage Association—the parent of today’s Fannie Mae—was born in 1938, and the New York Times reported that “a better and sounder mortgage structure is being built out of the experience of past mortgage difficulties.”

Fannie and Freddie are close to the government, then, partly because Fannie used to be part of the government, from its creation until the feds quasi-privatized it in the late sixties. Today, though, the American taxpayer faces the worst of both worlds. Government involvement in the mortgage industry through modern history made all mortgages seem safer than they were, while private-sector speculation over the past decade infected Fannie’s and Freddie’s government-supported mortgage market with huge risk.

Fannie and Freddie weren’t responsible for most of the mortgage industry’s worst excesses over the past decade. Neither led the way in risky subprime or exotic mortgages (though they were hardly innocent victims). But part of the reason private investors were so happy to lend all that money to customers of Countrywide and IndyMac—two major private mortgage lenders—was that the long history of largely government-backed mortgage bonds lulled them into thinking that any mortgage was a safe investment. Last week, the FDIC took over IndyMac, a huge California bank that specialized in mortgages not backed by either Fannie or Freddie, while Bank of America’s purchase of Countrywide, which threw itself into the most exotic mortgages, likely saved the feds from intervening there.

Though most of Fannie’s and Freddie’s loans didn’t seem as risky as those held by the banks, the collateral that backs them—that is, homes—was bloated by the asset speculation fueled largely in the private markets. Today, Fannie and Freddie, and thus taxpayers, face the risk that as property values fall, even borrowers of the 30-year, fixed-rate mortgages that Fannie and Freddie guarantee will walk away from assets that aren’t worth anywhere near what they owe on them. Because Fannie and Freddie operate on such razor-thin margins, only a relative few homeowners have to make this decision, or be forced into it by economic straits, to plunge the companies into catastrophe. Just as worrisome is the fact that Fannie and Freddie are actually loosening their lending standards today to help the government in its effort to stem foreclosures. If even moderate losses force Fannie to conserve its cash, then it can’t make new mortgages, even to good borrowers—freezing an already chilly market.

So the government has put taxpayers in an unenviable position. It’s true that we’ve made Fannie and Freddie so powerful that we can’t let them fail. But if home prices continue to drop, the government’s now-explicit backing of Fannie and Freddie, into the trillions, imperils the sterling credit rating of the U.S. government itself, just as that government needs to conserve its resources to pay the coming bill for retiring baby boomers’ Social Security and Medicare benefits.

Even if Fannie and Freddie were isolated cases, the situation would be bad. But the squeeze gets worse. The U.S. government has spent the past few months creating mini-Fannies and mini-Freddies out of the nation’s supposedly risk-taking investment banks. The Fed’s engineering of the Bear Stearns bailout and its decision to allow surviving investment banks to borrow from the Fed—a privilege previously reserved for tightly regulated commercial banks—demonstrates that Uncle Sam won’t let a big investment bank go bankrupt. Now, just as lenders to Freddie and Fannie never worried much about what the companies were doing with all that money, lenders to the investment banks can worry less about the risks those banks are taking. And as the Fed’s guarantee of $28 billion of Bear Stearns’s riskiest assets and its lending to other investment banks shows, it’s taxpayers who will bear the ultimate cost.

As for the idea that better regulation of investment banks can cut this new risk for taxpayers: armies of Washington regulators have long overseen Fannie and Freddie. Those regulators didn’t stop the current meltdown. Instead, they contributed to it by making the government-coddled mortgage industry seem insulated from speculation. Fannie and Freddie artfully captured their regulators long ago, seducing them into allowing tiny capital margins and greater risk. Does anyone doubt that the investment banks, with immense wealth and sophistication, can do the same? Giving the Fannie and Freddie treatment to investment banks, along with the attendant government regulation, could make investment-bank risk-taking seem risk-free—just as it made homeownership seem bulletproof. Meanwhile, even riskier activity will escape such regulation, moving into new areas that financiers will enlarge or invent to escape regulators, until it, too, becomes “too big to fail.”

The government long ago painted itself into such a tight corner with its socialization and ratification of market risk via Fannie and Freddie that we’ll need luck to escape the current crisis without serious long-term damage to our economy and national finances. At this point, the government can’t do much to reduce the risk that the two mortgage giants—and the investment banks—have already taken on. Its recent actions only transfer that risk to taxpayers. All of that concentrated risk could go sour as the values of the assets backing existing loans continues to decline, pushing ever more borrowers and guarantors into default. If the government’s responsibility for this risk starts to fray America’s finances in earnest, its backup plan is apparently to hope that the taxpayers’ creditors—including the Chinese government—continue to consider America too big to fail.

Nicole Gelinas, a City Journal contributing editor and the Searle Freedom Trust Fellow at the Manhattan Institute, is a Chartered Financial Analyst. 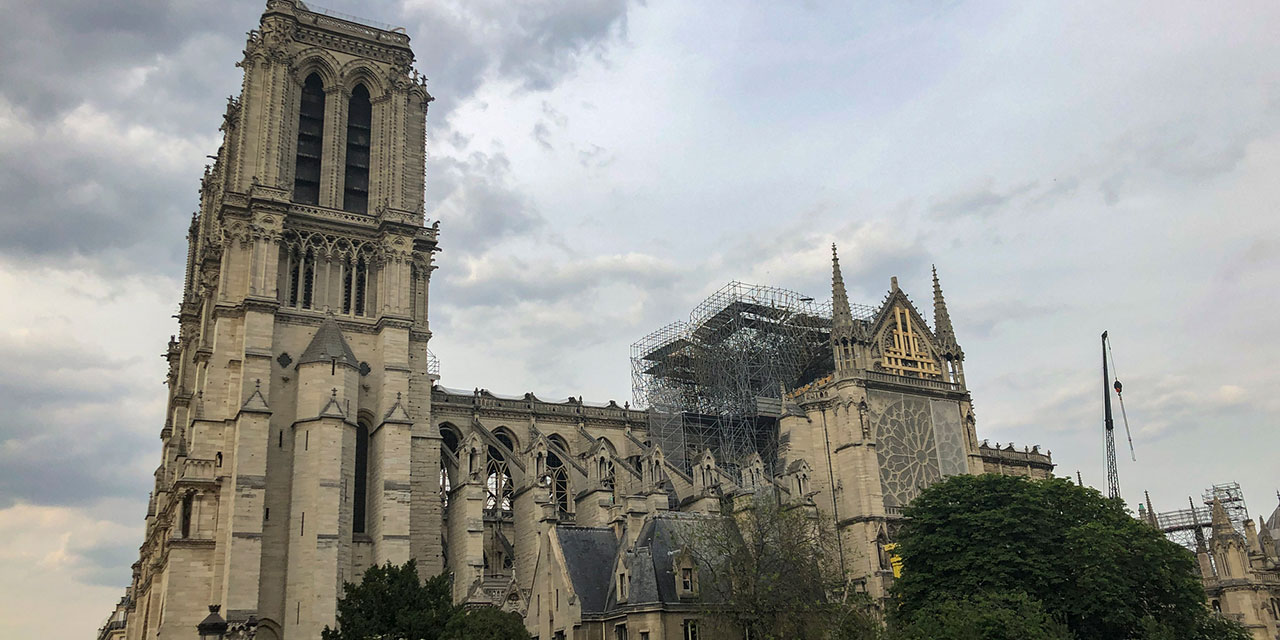