Tugging at the Reins of the Administrative State

At first blush, last week’s Supreme Court decision in Gundy v. United States was unexceptional: five of eight justices participating in the case voted with the government to uphold an unsympathetic criminal’s conviction. But Gundy may portend a revived judicial oversight of Congress’s all-too-frequent delegation of effective lawmaking power to the executive branch.

It’s hard to envision many criminal defendants less sympathetic than Herman Gundy. In 2004, on supervised release from prison for dealing crack, Gundy raped an 11-year-old girl. He was convicted in Maryland. In 2012, he was released. He moved to New York, where he failed to register with the authorities as a sex offender. On that basis, he was rearrested and convicted of violating the 2006 Adam Walsh Child Protection and Safety Act, which established a national sex-offender registry.

Gundy’s rape conviction, however, predated the 2006 law. And in crafting that law, Congress did not clearly state that prior offenders should be included in the new registry. To the contrary, it delegated to the attorney general of the United States “the authority to specify the applicability of the [sex-registry] requirements . . . to sex offenders convicted before the enactment” of the Walsh Act. Gundy contended that Congress had unconstitutionally delegated authority to the attorney general to decide whether the registration requirement applied to him.

Congress’s delegation was a problem, however loathsome Gundy happens to be. As I discussed in a City Journal article last year, our constitutional design prohibits the legislature from delegating its lawmaking authority. John Locke articulated the non-delegation principle in his Second Treatise of Government; Baron Montesquieu expanded upon it in his Spirit of the Laws; and James Madison defended it, as applied in the new U.S. Constitution, in Federalist 47. In 1892, in Field v. Clark, the Supreme Court declared: “That Congress cannot delegate legislative power to the [executive branch] is a principle universally recognized as vital to the integrity and maintenance of the system of government ordained by the Constitution.”

For almost 150 years, the Supreme Court did not exercise this “vital” principle to block congressional actions. Essentially, that’s because Congress refrained from violating it. Congress sometimes conditioned a policy on executive fact-finding. It sometimes left it up to the executive branch to “fill in the details” of a specified policy. And the Supreme Court said fine—while affirming the non-delegation principle itself.

But in the early New Deal era, Congress took delegation a step too far. The National Industrial Recovery Act left it up to the executive branch to decide under what conditions it might prohibit interstate oil shipments—with “no criterion to govern the President’s course.” And it empowered the executive branch to enforce “fair competition” codes—without specifying what fair competition entailed. In a pair of 1935 cases, Panama Refining Company v. Ryan and A.L.A. Schechter Poultry Corporation v. United States, the Supreme Court struck down those portions of the law. The decisions angered President Roosevelt, but the Court was near-unanimous in its position (Schechter Poultry was unanimous; Panama Refining, 8-1).

In the near term, the Congress started adding more specificity to its laws delegating powers to the executive. Over time, it slipped back into much broader delegations. And after its earlier resistance, the Supreme Court began looking the other way.

That may change in the future, though. In an erudite 33-page dissent in Gundy, Justice Neil Gorsuch—writing for himself, Chief Justice John Roberts, and Justice Clarence Thomas—sketched out how the Court has continued to enforce some form of non-delegation doctrine, albeit under other names. Chief among these is the “major questions” doctrine, which prevents administrative agencies from filling in “statutory gaps” when those gaps center on “a question of deep ‘economic and political significance.’” The Supreme Court has stepped in, in recent decades, to block executive-branch efforts to regulate cigarettes or greenhouse gases without clear congressional guidance. The federal government can regulate such areas; but the legislative, not the executive, branch must decide to do so.

The Supreme Court, since the 1940s, has also become far more active in striking down laws for being unconstitutionally vague. In part, requiring Congress to speak with clarity is important because citizens need to be put on notice of what conduct is forbidden by the government. But a vague law “impermissibly delegates basic policy matters to policemen, judges, and juries for resolution on an ad hoc and subjective basis,” as the Supreme Court explained in a 1972 decision.

In the Gundy case, the “impermissible delegation” fell to the attorney general (though here, the Court has upheld it). And a succession of attorneys general adopted conflicting rules for how the new sex-offender registry rules applied to pre-Act sex offenders and to the states that had existing registries in place. Indeed, in the first five years after the Walsh Act was signed into law, three different attorneys general across two administrations changed direction three times.

Notwithstanding these problems, Gundy’s conviction stands. But that doesn’t mean that a revived non-delegation doctrine isn’t on the horizon. The newest justice, Brett Kavanaugh, did not participate in the case, which was argued before he was confirmed to the Court. And on the D.C. Circuit Court of Appeals, Kavanaugh was a consistent critic of broad delegations of authority by Congress.

One of the five justices affirming the government’s position, Samuel Alito, declined to join the four traditionally left-leaning justices’ rationale. Instead, in a terse, three-paragraph concurring opinion, he noted that he “would support” reconsidering the Court’s longstanding acquiescence in Congress’s tendency to empower “agencies to adopt important rules pursuant to extraordinarily capacious standards.” But he’d only do so along with a majority of the justices. The clear implication is that in a future case, with Kavanaugh on board, the Court might ultimately step in and restore lawmaking to its proper constitutional locus in the legislature.

Defenders of the modern administrative state have predictably howled. Short-circuiting the process whereby Congress punts all the hard questions to the executive may make it harder to “get things done.” But for those who value the limited-government principles embedded in our Constitution, that’s a feature, not a bug. The Constitution makes lawmaking hard for a reason. Under its terms, two houses of Congress—elected differently—have to agree on a law; and unless speaking through supermajorities, they have to get the president on board, too.

We should especially welcome efforts to return the business of lawmaking to Congress rather than the executive branch in the field of criminal law. More than 98 percent of federal crimes were never voted on in Congress but rather created by a federal agency’s rule or regulation. And the number of those crimes is vast—more than 300,000, by scholarly estimates. The average American unknowingly violates federal criminal law on a regular basis.

As now-Justice Kavanaugh explained to the Senate Judiciary Committee during his confirmation hearings, “the Constitution’s separation of powers protects individual liberty.” Any high school student of American government learns that the legislative branch makes laws—not the president, attorney general, or administrative agencies. Let’s hope that before long, in some future case, a majority of the Court accepts Justice Alito’s invitation to move us back toward that constitutional vision. 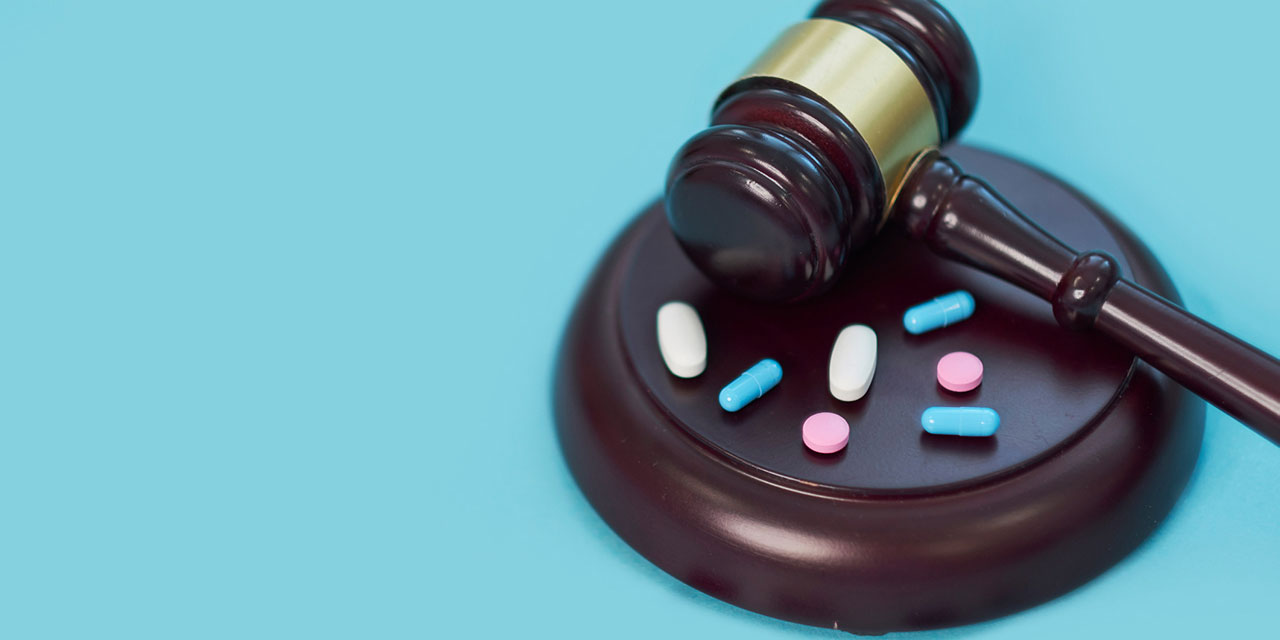 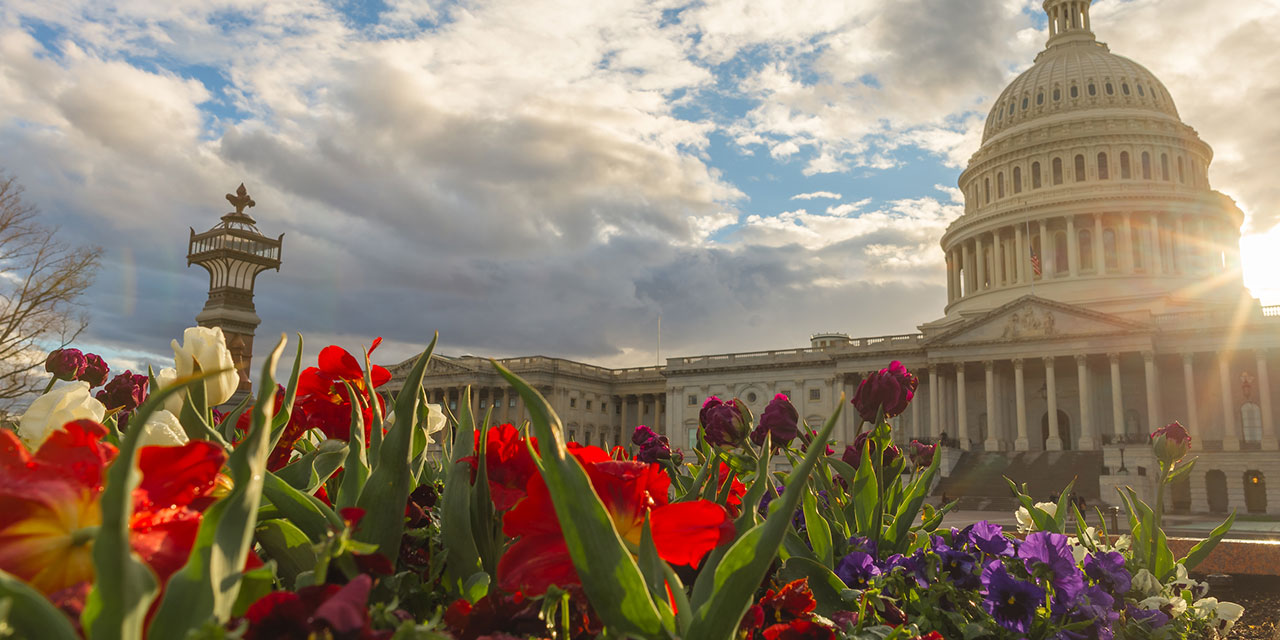 James R. Copland Washington must preclude a flood of tort claims that threaten to kneecap the economy even further.
More on