Last fall, when anti-extradition protests in Hong Kong drew global attention, Ivan Ko, a Hong Kong citizen with decades of experience in real estate and property development, began brainstorming with friends about how to create options for Hong Kong’s people in case the living situation there worsened. Over the last few weeks, with China’s passage of new national security laws, Ko’s fears were realized. He and his team have incorporated the Victoria Harbor Group to scout locations for building a new city in which the people of Hong Kong could continue their way of life. Below is an edited version of a discussion between Ko and Mark Lutter, founder and executive director of the Charter Cities Institute.

Mark Lutter: What is an International Charter City, and how can it help the people of Hong Kong?

Ivan Ko: An ICC is a new city with a charter that expresses the principles and values on which the city is founded. Recent changes in Hong Kong require us to begin exploring options that will allow the people of Hong Kong to continue living their lives as they are accustomed to doing, with the freedom and democracy that they hold dear. Enshrining these values in a new city’s charter is important for the future of Hong Kong and its culture.

Last fall, a group was formed with around 60 volunteers to start exploring the option to build an ICC for the Hong Kong people. Last October, a survey found that over 40 percent of Hong Kongers were interested in emigrating. That number has likely increased since, along with the urgency of our project. While many higher-income Hong Kongers have the wealth and connections to migrate to cities like New York, Vancouver, and London, many others don’t have those options.

In addition to a for-profit company that will develop the city, we are creating a foundation that will own 50 percent of the company. The foundation will use its dividends, as well as any money it can raise through donations, to help Hong Kongers migrate to the ICC, as well as ensuring job placement and training programs upon their arrival. An ICC for the Hong Kong people will allow coordinated migration, ensuring that Hong Kongers keep their networks as well as their culture and values.

Our goal is to develop multiple ICCs in multiple countries. The population of each ICC will be 50 percent Hong Kongers and 50 percent host residents. Hong Kong has already accomplished two economic miracles. First, it transformed from a fishing village into a manufacturing center. Over the last 30 years, it became one of the world’s financial capitals. It’s time for a third miracle: helping the people of Hong Kong build a new city, where they can live in freedom and democracy and thrive economically.

Lutter: What countries are under consideration as sites?

Ko: We’re looking at free and democratic countries interested in tapping into the talent and drive of the Hong Kong people. We are currently in discussions with Ireland and two other countries (not yet public). We’re open to exploring others, and given the uncertainty of the project, we want to have conversations with as many countries as possible. Key factors in determining which countries to choose are those that would offer visa waivers for Hong Kongers, provide political support to ease integration, and grant access to sufficient land to build. And we prefer English-speaking, common-law nations.

Lutter: What are the next steps?

Ko: We formed last October. We thought we had more time. Recent events have taken us by surprise, so we’ve been accelerating our timeline. We have been in discussion with Ireland since last October. In the two other countries, discussions are in early stages.

Over the coming weeks, we’ll be incorporating, as well as raising initial funding to pay salaries, legal expenses, and travel. We’re doing a media push, launching our website in the hopes that increased attention will lead to greater government access and financial support. Our goal is to reach agreement on one or more sites over the next 12 months and begin fundraising for Phase 1 buildout of the city. Within 18 months, we would like to have dirt moving and temporary housing set up for the first migrants.

Lutter: What industries would an International Charter City have? How might the talents of the Hong Kong people help the host country to which they relocate?

Ko: Hong Kongers have valuable skills, particularly in finance and manufacturing. While Hong Kong is no longer a manufacturing hub, Hong Kong firms own many of the factories in southern China. Hong Kong is also one of the world’s top financial centers.

The industries of an ICC would combine the talents of the Hong Kong people with the needs of the host country. Each ICC will likely have an industrial campus to attract Hong Kong manufacturers. The type of manufacturing would depend on the host country’s local conditions, skills, and supply chain. As many Western countries think about how to onshore supply chains and redevelop manufacturing expertise, we believe an ICC could be a great mechanism to accelerate that transition.

Ko: Key things that we need include: Access to governments, so if you work for a government interested in hosting an ICC, please contact us. An ICC must be commercially viable, so we’re raising money to start paying salaries, travel expenses, legal fees, and more. Construction of the ICC will cost hundreds of millions of dollars. So we need investors. While the foundation will have a 50 percent equity stake in the development company, it will not see dividends for the first few years. As such, we’re also interested in donations that can help support the foundation and its mission until it becomes self-sustaining. Finally, if you’re a private landowner or a state or provincial government with a large tract of land and are interested in developing it into an ICC, please contact us. The ideal land is 25,000 acres or more, within two hours of an airport, and with good water access.

We want to thank America, the U.K., and the Western world more broadly for caring about the future of Hong Kong. Your support means everything to us. We hope that we can repay it by becoming productive citizens of your country.

Mark Lutter is the founder and executive director of the Charter Cities Institute. He is advising the Victoria Harbor Group in his personal capacity and has a financial interest in their success. Ivan Ko is CEO and co-founder of Victoria Harbor Group, a company building new cities for Hong Kongers emphasizing democracy and freedom. 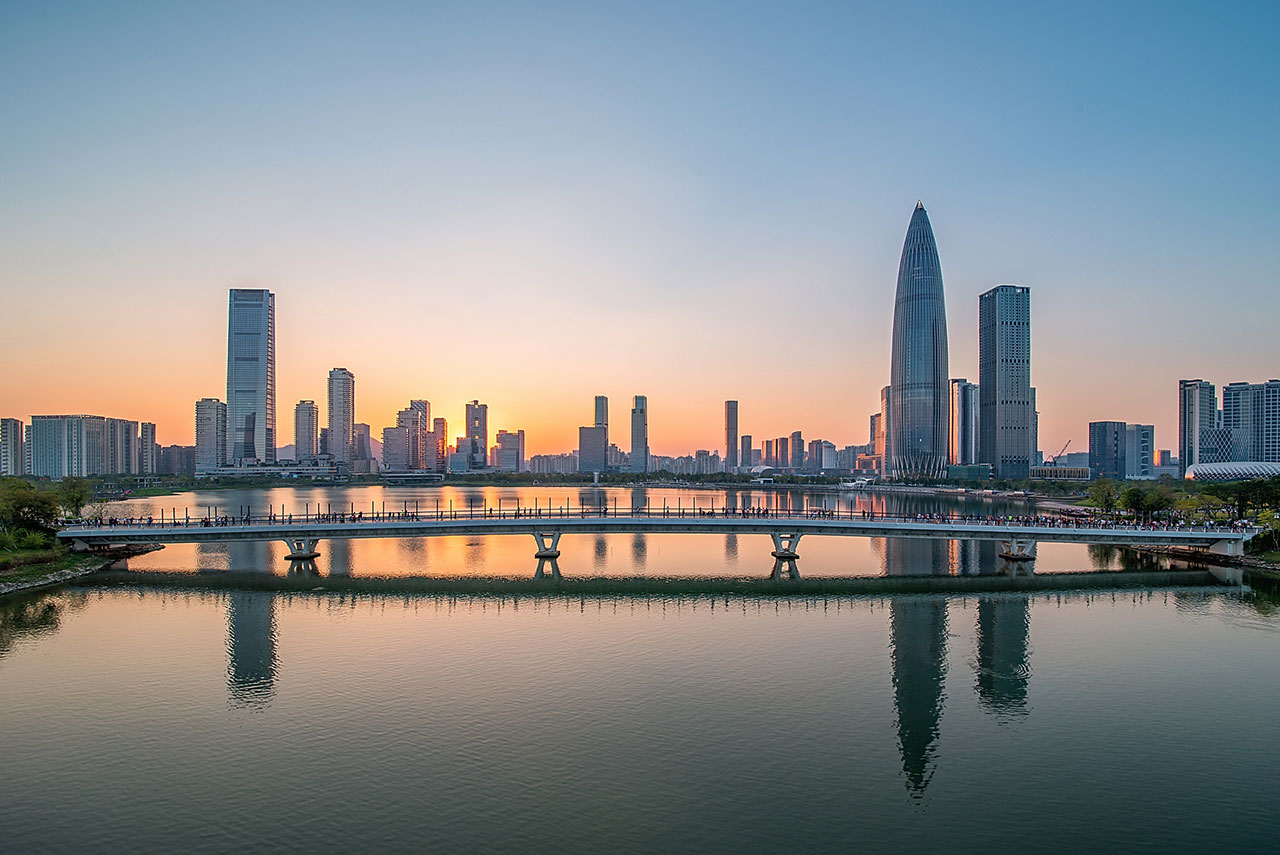 Mark Lutter In a rapidly urbanizing world, an innovative idea seems more relevant than ever.
More on