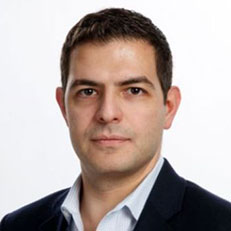 Sohrab Ahmari is op-ed editor of the New York Post and author of the recently published The Unbroken Thread: Discovering the Wisdom of Tradition in an Age of Chaos. He spoke with City Journal associate editor Daniel Kennelly about the book, which makes the case for traditionalism and assesses modern conceptions of liberty.

Why did you choose Saint Maximilian Kolbe, a Polish Franciscan friar who sacrificed his life to save a stranger at Auschwitz, both for your son’s name and as the unifying figure of this book?

When I encountered his story for the first time, as I was about to become a father and a Christian, I couldn’t it get out of my system (in a good way, I mean!). I had to do something with it, and that something was to name our first child after him. To me, his great act at Auschwitz is a perfect icon of Christian freedom: a triumph over evil found in an apparent surrender.

I named my Max after him, because I wanted to tether my progeny to the deeper and more ancient account of freedom on which the saint’s sacrifice at Auschwitz rests. And the aim of the book is to make the case for precisely that premodern freedom—freedom as self-limitation—against the post-Enlightenment variety—freedom as mere autonomous “choice.”

You characterize your own journey—from a rigid Islamic theocracy in your early years to the modern liberal West to the Catholic Church—as the result of choice and personal struggle. Was there something uniquely valuable in that struggle, as opposed to taking a traditionalist path from the outset?

O happy fault! Of course, I learned much on that rugged path, and there is value in the journey. But the question is whether we should organize a whole society such that everyone has to reach tradition and virtue after arduous struggle, with no assistance from the rest of the polis (and many, we know, never do). Aristotle in the Ethics, and after him Saint Thomas in the Treatise on Law, would say that, of course, the ruler or political community has a role in leading the people as a whole to virtue—and, with it, to happiness—and that’s my larger political project.

What is the thread tying together the wide range of thinkers here, from Augustine and Aquinas to figures like Confucius and even the radical feminist Andrea Dworkin?

Great question. The answer is this: in all of these figures we encounter how what looks to be a traditional limitation or restriction is actually a source of liberation, whereas the loss of those limits paradoxically leaves us less free, less fully human, and less happy. In Rabbi Abraham J. Heschel’s thinking on the Sabbath, for example, we see how setting aside one day for God and contemplative things frees us from the harried acquisitiveness and competition that characterize the rest of our days, and in this way we find rest and “inner liberty.” In Dworkin’s agonized life and work, we see how, behind our ideology of sexual liberation, lurks a deeper unfreedom and degradation, especially for women and children.

Your book seems to steer toward a kind of cosmopolitan traditionalism. But isn’t that a contradiction in terms?

Not at all. It’s a mistake to assume that traditionalism must necessarily be localist. The Catholic tradition, my own, after all, is defined by its universality (catholicity, oneness across human diversity). The natural law is likewise as universal and cosmopolitan as you can get. It’s precisely the fact that the same wisdom is sprinkled among the many peoples, the gentes, that encourages me as a Catholic thinker to take such a cosmopolitan approach!

Would you characterize cancel culture, woke capital, and the rise of illiberalism on the left as the emergence of a new form of traditionalism?

I would characterize these things as symptoms of the absence of true authority in society. The loss of traditional authorities didn’t liberate us; it left us vulnerable to new and unreasonable authorities.