The Fight for Cleaner and Safer Cities 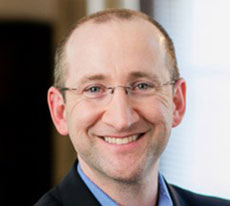 John M. MacDonald, a professor of criminology and sociology at the University of Pennsylvania, reviewed anti-blight efforts in U.S. cities with Charles F. McElwee, assistant editor of City Journal. MacDonald’s current research focuses on how changing land-use policies can reduce crime and violence in neighborhoods. In the Manhattan Institute’s 2019 Urban Policy Series, MacDonald coauthored a chapter on the efficacy of cleaning up vacant lots to curb crime.

How is the effort to reduce blight going in Philadelphia?

Beginning in 2011, Philadelphia made progress by establishing “Doors and Windows,” a local blight-fighting ordinance later upheld by the Pennsylvania Supreme Court. In addition, the city started “Clean PHL,” an initiative to combat litter, along with vacant-lot remediation efforts with the Pennsylvania Horticultural Society. Philadelphia still has a long way to go. In particular, abandoned houses, along with litter and trash around these spaces, remain endemic in many neighborhoods. But I’m optimistic that the public’s desire for change, combined with anti-blight initiatives, could make Philadelphia a cleaner and safer city.

How can smaller and poorer cities address blight and its links to crime?

The key is establishing partnerships with nonprofit groups and local contractors capable of tackling these challenges. If smaller cities can raise even modest amounts of money for piloting programs like abandoned-lot remediation, the success of these efforts could attract additional resources. Cost isn’t as big a barrier as creating the group infrastructure to carry out remediation work.

Historic preservation efforts are useful if they help foster the remodeling of older buildings. In most cases, it’s much cheaper to remodel an old house than to build a new one. Materials used in older buildings are often more durable than those used for contemporary construction. At the same time, historic districts should encourage remodeling and not hinder efforts with too many restrictions. We need more empirical work in this area to learn which models can preserve a neighborhood’s architectural legacy while fostering redevelopment that reduces blight and abandonment.

Are there any effective economic-development strategies that can limit crime in poor neighborhoods?

Creating a business-improvement district is the most effective strategy. Rigorous scientific studies have shown that BIDs help reduce crime in blighted neighborhoods. BIDs often start as small nonprofits that provide extra services, such as trash cleanup, street sweeping, private security, or community ambassadors. BID-run programs help reduce blight and crime because they clean up streets and provide extra eyes to make areas less attractive for criminals. Since BIDs depend for financing on fees charged to local merchants or landowners, they can be hard to launch in distressed neighborhoods with a shortage of commercial businesses.

What is an overlooked trend occurring in U.S. cities?

Cities have focused too much on individual treatment programs when curbing crime. These programs are difficult to sustain and scale to a level that can serve large numbers of people. In addition, as cities rehabilitate neighborhoods in the urban core, they should remember that people like areas with architecturally distinct buildings. This is evident in urban-renewal efforts related to the restaurant scene in U.S. cities. By promoting policies that help restore neighborhoods for their aesthetic appeal, cities can energize local economies, strengthen public health, and improve safety.