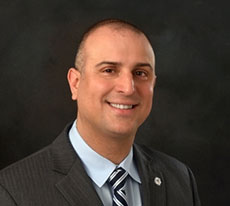 Jason Segedy discussed Akron’s future and urban trends in Great Lakes cities with City Journal assistant editor Charles F. McElwee. Segedy is the director of planning and urban development for the City of Akron, Ohio. He has worked in the urban-planning field for the past 24 years and is an avid writer on development issues, blogging at Notes from the Underground. His passion is creating great places and spaces where Akronites can live, work, and play.

1) What is an overlooked challenge confronting working-class families in midsize cities like Akron?

Many national pundits and urban-policy experts have suggested that the best economic-development strategy for working-class families in midsize cities like Akron is to move elsewhere. I think that this notion is misguided and incorrect.

It underestimates the importance of place. In his book Dignity, Chris Arnade makes the point that place is one of the few “non-credentialed forms of meaning” available to working-class people. Urban-policy wonks, most of whom are personally content to move from city to city in search of opportunity, make the mistake of assuming that because their personal attachment to home is relatively weak, that everyone else’s will be, too.

Of course, this isn’t to say that moving away from where you live for economic opportunity elsewhere can’t be a great personal strategy. American history is full of examples where it has been. But things are fundamentally different today. In the past, people migrated from one place to another for similar jobs. Farmers in Oklahoma became farmers in California; miners in West Virginia became factory workers in Ohio. Today, the skills gap and the difference in cost of living and labor markets between places make this impossible.

The reality is that not everyone can or should move, and most of the people who would have benefited from moving have already done so. Though many Midwestern cities have been battered, they will not disappear. We need to figure out how to restore place-based prosperity for working-class people.

2) What is the state of the housing market in Akron and other Great Lakes cities?

In many ways, it’s the opposite of big cities. Instead of housing prices being too high, they are too low. The problem doesn’t concern lack of land availability (at least with current zoning regulations). Instead, the problem is that there is too much vacant land available.

Akron is full of working-class (and poor) homeowners often earning $25,000 per year. In some cases, their houses are worth less than their annual income. This might sound like a bargain, but it’s anything but. What it means is that the minute something goes terribly wrong with that house from a maintenance standpoint, that person is going to have difficulty financing necessary improvements due to the home’s low value.

Another issue is that homeownership was once a reliable vehicle for building wealth. In a red-hot real estate market, it still can be, but in a distressed and dysfunctional market, houses don’t appreciate. One of the most frequent questions that I get from working-class Akron residents is: “What is the city going to do to raise my property values?”

Finally, low-growth, low-cost cities like Akron are full of old houses that are simply no longer competitive with the newer housing being built in the suburbs. Because housing values are so low in many parts of the city, few market incentives exist to build new, competitive, and marketable houses and apartments in the urban core. Developers can’t finance the construction of new homes that replace the old ones because they would sell or rent for substantially less than the cost of construction. In Akron, we have tackled this problem by creating a citywide, 15-year, 100 percent residential property-tax abatement program. We went from seeing less than 15 houses built in 2015 to over 1,200 units in some stage of development today. The program is not a panacea, but it has been a game-changer, and it will continue to strengthen our market.

3) What does the future hold for Akron?

Akron is a great place to live. Its legacy assets as a result of an industrial heritage—parks, libraries, civic and cultural amenities—are of a higher quality and quantity than what you might find in similar-sized cities in newer parts of the country. People in Akron and throughout the Great Lakes region are fiercely proud, loyal, and hardworking. But they have learned that they can’t wait for help from the federal or state government.

Local leaders here, like my boss Mayor Dan Horrigan, are focused on the day-to-day responsibilities of managing budgets for services (police, fire, streets) that have visible effects on the lives of citizens. The level of accountability, and the opportunity to perform noticeable good, is far higher when you work in local government.

Akron has lost one-third of its population, but it stands at the geographic center of the Cleveland-Akron-Canton metropolitan region, the nation’s 15th largest. Four million people live within an hour’s drive of our downtown. There remains plenty of opportunity and economic power here. It’s just a matter of harnessing it more effectively.