The word “diplomat” conjures images of sophisticated men and women, sensitive to the meaning of words and actions. They maintain a low profile, trying not to become stories themselves. They seek to smooth friction between nations, not create it.

China has produced a new crop of “wolf diplomats,” combative and antagonistic, who are not afraid to push Beijing’s narratives, even at the expense of damaging relationships. They threaten journalists and human rights organizations; they exploit Western free speech to spread disinformation and troll Western democracies, including the U.S. They have become headline news themselves, as their behavior breaks diplomatic norms. Democracies have yet to figure out how to respond.

In early January, while Beijing was silencing domestic dissent and downplaying the risks of the coronavirus outbreak, the Swedish Foreign Ministry summoned China’s ambassador Gui Congyou over his undiplomatic behavior. In the previous year, Gui had sent more than 50 letters and emails to Swedish media, criticizing them for broadcasting about Chinese dissidents and reporting on Beijing’s human rights violations. In an interview with Sweden’s state broadcaster SVT, Gui characterized Swedish media coverage of China’s human rights record as “frequent vicious attacks on the Chinese Communist Party and the Chinese government.” He compared the Swedish media with a lightweight boxer punching out of its weight class against a more powerful rival. He also threatened to deny visas to Swedish journalists covering human rights in China. Swedish Foreign Minister Ann Linde described Gui’s words as an “unacceptable threat,” but she fell short of urging China to replace the ambassador.

Meantime, China’s embassy in Prague sent a letter to the Czech president stating that Beijing would punish Czech businesses in China if a certain Czech lawmaker were to visit Taiwan, because Beijing regards Taiwan as one of its provinces. The lawmaker died of illness before he could make the trip, but Czech prime minister Andrej Babis deemed the Chinese embassy’s letter “absolutely unacceptable” and demanded that Beijing replace its ambassador to the Czech Republic. China has ignored his request.

The most aggressive Chinese “wolf diplomat” is Zhao Lijian, who rose to fame last summer, when he served as China’s deputy chief of mission in Pakistan. After 22 UN ambassadors, from countries including the U.S. and the U.K., signed an open letter calling for Beijing to stop its arbitrary internment of millions of Uyghurs, Zhao lashed out on Twitter, calling them “shameless hypocrites,” and citing the 2003 invasion of Iraq.

Zhao then accused the U.S. of racism, tweeting, “If you’re in Washington DC, you know the white never go to the SW area, because it’s an area for the black & Latin. There’s a saying ‘black in & white out’, which means that as long as a black family enters, white people will quit, & price of the apartment will fall sharply.” He deleted the tweet after Susan Rice, the former national security adviser, called Zhao a “racist disgrace. And shockingly ignorant too. In normal times, you would be PNGed [persona non grata] for this.”

Zhao did go back to China, but instead of being reprimanded, he was promoted to spokesperson for China’s Ministry of Foreign Affairs. In the midst of a global pandemic that originated in China, Zhao is suited to the job of deflecting responsibility for Beijing’s coverup in the early weeks of the coronavirus outbreak. It was Zhao who touted the conspiracy theory on Twitter that the coronavirus was created by the U.S. military and planted inside China. It’s unthinkable that a high-level government official such as Zhao could make such comments without approval from China’s highest authorities.

Zhao’s promotion has motivated fellow diplomats to open their own Twitter accounts. They have accumulated significant followings, making them effective at leading Beijing’s propaganda war during the pandemic. Their tweets are mostly full of government-sanctioned talking points, defending Beijing’s policies and casting China as a humanitarian hero, while pushing the conspiracy theory that Zhao invented about the American origins of the virus.

The irony is that Twitter, along with other Western social media platforms, is blocked in China, so ordinary Chinese people have no access to it. In fact, a number of Chinese citizen-journalists who attempted to post videos of Wuhan, the epicenter of the outbreak, on Western social media have disappeared recently, presumably being arrested by government officials. While Beijing restricts freedom of expression for its people, it emboldens its wolf diplomats to spread propaganda and disinformation, which sow confusion and division in the West.

China’s Ministry of Foreign Affairs (MFA), where Zhao works, is also engaged in a media war with the U.S. Zhao announced recently that the MFA would revoke the press credentials of all U.S. nationals working for the Wall Street Journal, the New York Times, and the Washington Post. Such an expulsion of foreign reporters was last seen in 1949, at the founding of the People’s Republic of China.

This outward hostility is a veneer to cover the insecurities of the Communist Party, and especially those of its leader, Xi Jinping. Xi fought a 20-month trade war with the U.S., which damaged China’s already-slowing economy. Eventually, Xi had to agree to a Phase I trade deal that commits China to increased purchases of U.S. products and a number of significant market reforms. The agreement is such a win for the U.S. that Beijing refuses to share the details of the deal with its population.

The biggest blunder under Xi’s leadership is his handling of the coronavirus. Both the timeline of the coronavirus outbreak created by Axios and the New York Times’s interactive map show that the Chinese authorities’ coverup and delay in the early weeks led them to squander crucial time that could have been used to contain the spread of the virus. Now total confirmed cases worldwide exceed 1 million, deaths exceed 70,000, and about 2 billion people are in some form of quarantine. A worldwide economic recession looms.

Chinese authorities, keenly aware of the growing anger against the Chinese Communist Party, are pushing back against criticism, projecting themselves as heroes and shifting the blame. Western democracies and social media companies should develop a coordinated strategy to counter Beijing’s propaganda campaign. If the West doesn’t forcefully respond, Beijing will feel even more emboldened to suppress freedom of expression—domestically and internationally. 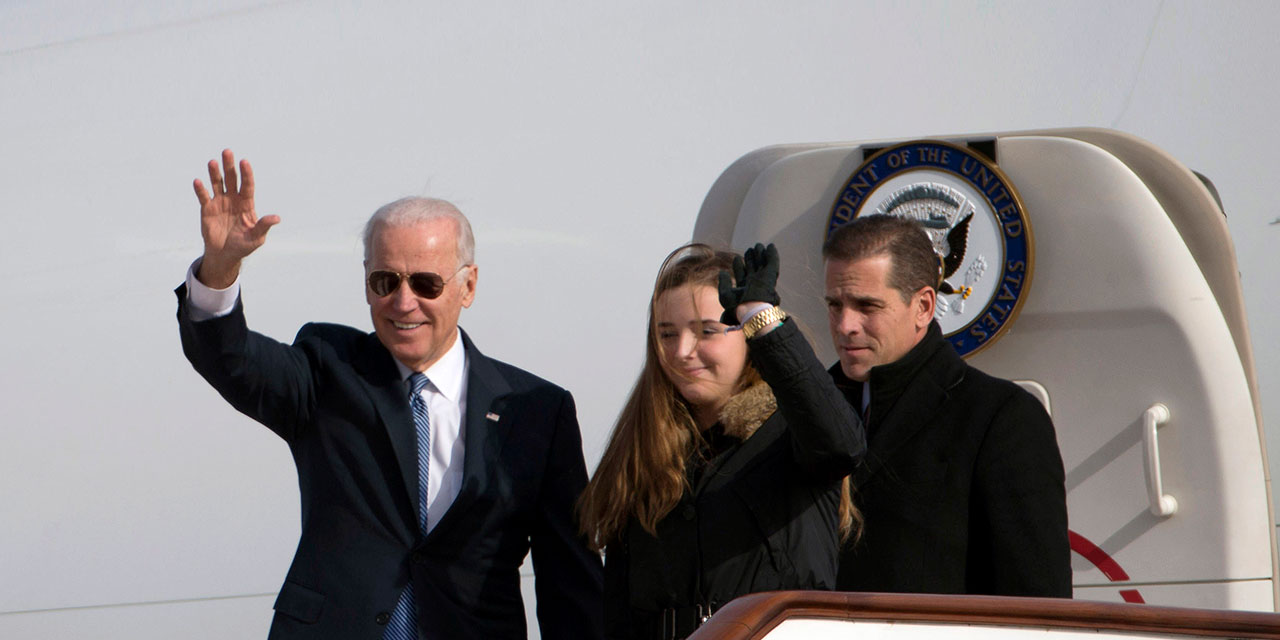 Helen Raleigh Hunter Biden and other children of political leaders are favored elites in the Chinese mode. 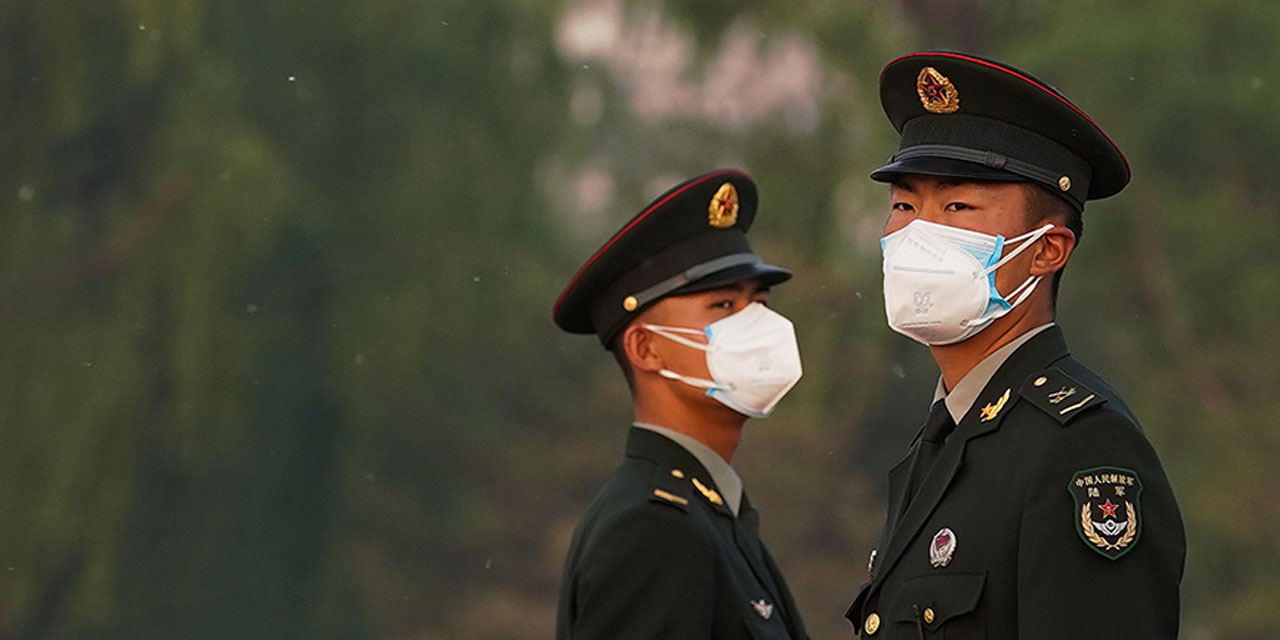 Helen Raleigh On the defensive about the coronavirus, the Communist Party encourages a new wave of xenophobia and hatred of foreigners.
More on