On the eve of last week’s municipal election in San Francisco, a speaker at an event for Chesa Boudin—the eventual winner in the race for district attorney—took the microphone. “Hey, so I just got one thing to say,” she began. “Which is fuck the POA (Police Officers Association)! San Francisco, this is what we get when we throw the fuck down. This is the city where we elect a public defender to be our district attorney. What we start here, the nation follows. So, look out.”

As “Fuck the POA! Fuck the POA! Fuck the POA!” filled the room, the leader at the podium offered her middle finger, and many in the crowd followed suit. The profane chorus was not led by a grassroots Boudin supporter, nor by an Antifa rabble-rouser, but by Sandra Lee Fewer, an elected member of the San Francisco Board of Supervisors. Other city supervisors past and present also graced the stage, including Matt Haney, Hillary Ronen, and Jane Kim.

Boudin, whose parents were left-wing radicals in the Weather Underground—they went to prison for the murder of two police officers and a security guard—has a contentious relationship with the police and has not been shy in expressing it. Fewer, an ardent Boudin supporter, claimed that the POA, which has been deeply critical of the new attorney general, is a racist organization because it ran a series of ads claiming that electing Boudin would put families at risk, and that his “reckless policies will cost lives.”

Those claims are essentially correct. Boudin pledged to stop taking first-offense drunk drivers to trial, providing they didn’t injure anyone. He promised to end gang enhancements, part of a California law that adds additional prison sentences to defendants who participate in violent street gangs. As for quality-of-life crimes that harm communities, he’s been open about ignoring them, stating that “crimes such as public camping, offering or soliciting sex, public urination, blocking a sidewalk, etc., should not and will not be prosecuted.”

These changes will likely result in harm and injury. Gang warfare, for example, is heating up, as organized Honduran nationals take over large swaths of the city, selling fentanyl and other deadly narcotics. The first quarter of 2019 saw 39 fentanyl-related deaths, which, at current rates, will just about double those of last year. The sex trade is rarely victimless, and people living in and around homeless camps experience high levels of violence.

Boudin’s platform of decarceration and ending the “criminalization of poverty” clearly appealed to many San Francisco voters, though the city’s growing public-order woes hardly suggest over-policing or aggressive prosecution of crime. A spate of car break-ins has reached epidemic proportions, with roughly 70 smash-and-grabs happening daily. Boudin has responded by pledging to address the “root causes” of crime—addiction and homelessness—but San Francisco already spends hundreds of millions of dollars annually on human services, and the problems continue to worsen. His key promise regarding car burglaries is to put the city in the business of fixing the smashed windows at a discount—essentially a gesture of defeat.

Fewer’s vulgar speech quickly went viral, and she eventually issued a half-hearted apology. “I used profanity in my comments about the POA, but quite frankly, I don’t think it is language that we have not heard before,” she grudgingly allowed. “However if that language has offended you, the members of the San Francisco Police Department, I sincerely apologize.”

Chesa Boudin won the election. As of next January 8, he will be the city’s district attorney. San Francisco’s political culture is racing to meet the rhetoric of its most left-wing advocates. 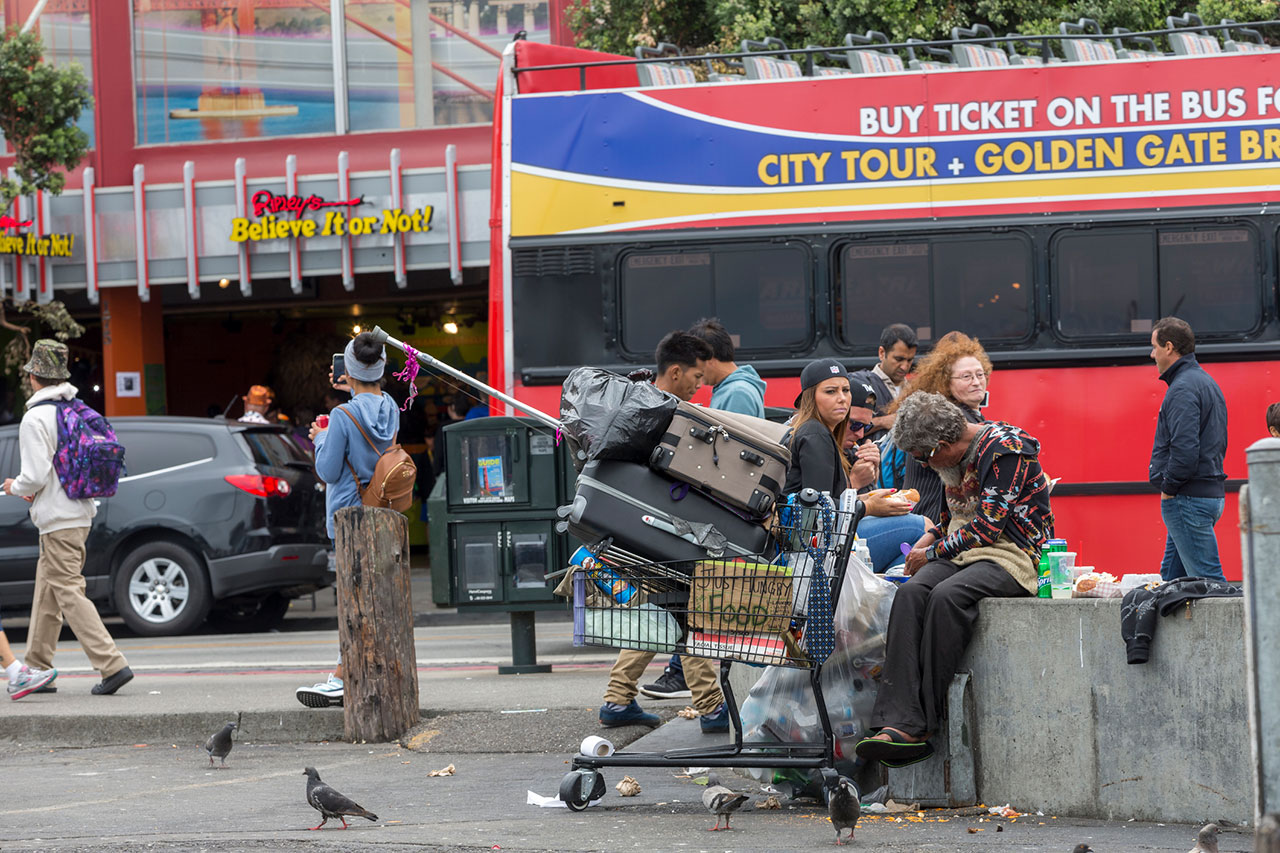 Erica Sandberg By doubling its homeless-services budget, the city is treating the symptom, not the problem. 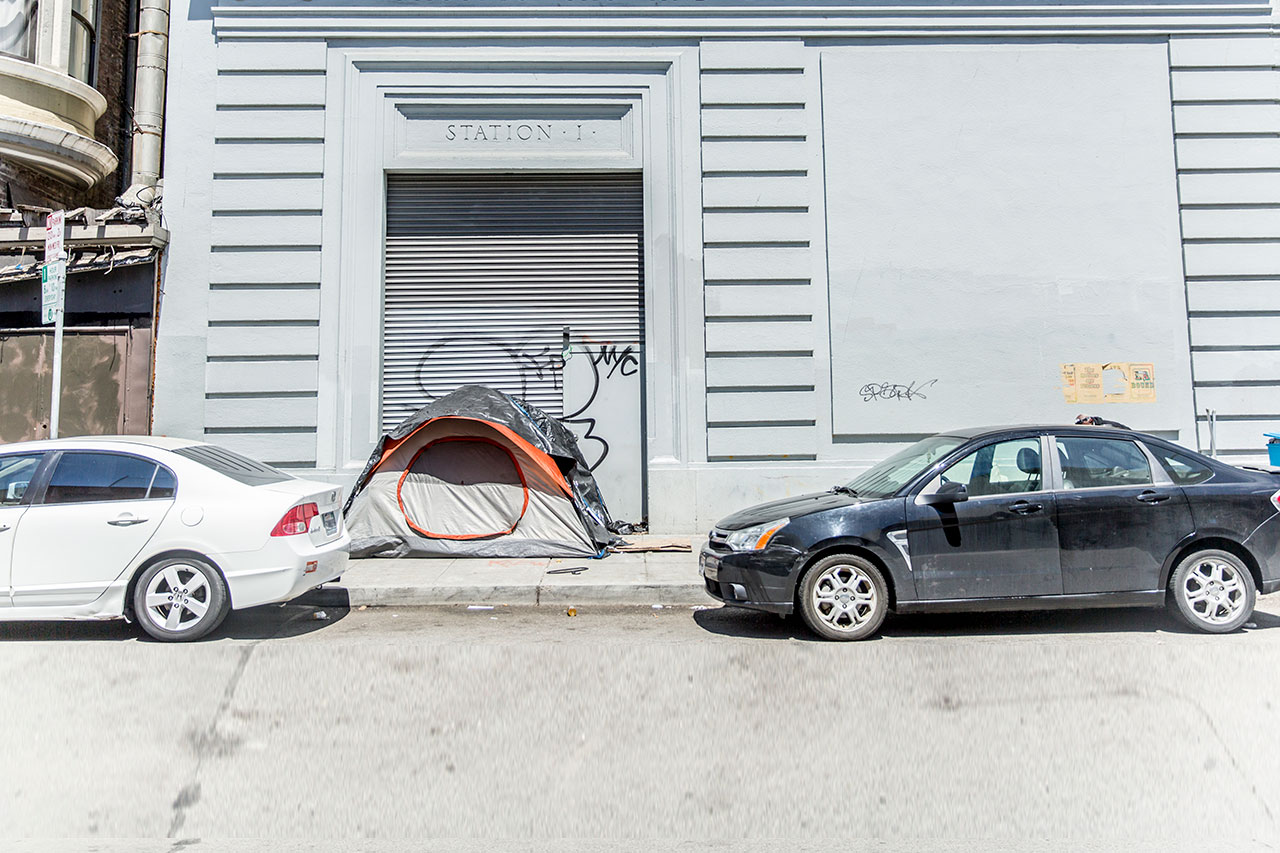 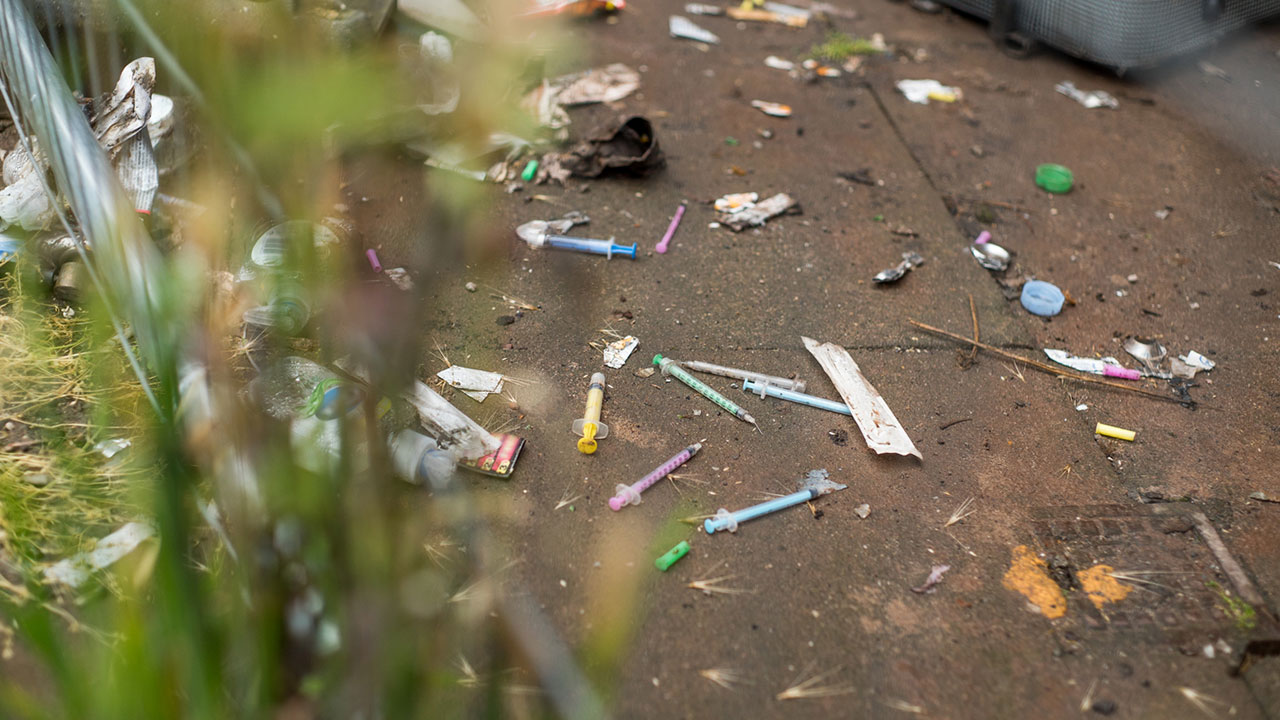