Measuring the Caucus Effect in Iowa 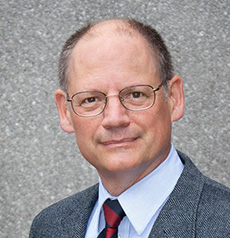 This week, ahead of Iowa’s presidential caucuses, City Journal assistant editor Charles F. McElwee interviewed Peter Orazem, University Professor of Economics at Iowa State University. Orazem, who has served on the faculty since 1982, discussed the impact of the presidential caucuses on Iowa’s economy, Des Moines’s revitalization efforts, and more. His research focuses on labor markets in the United States and in developing countries.  He served as a member of the core team for the World Bank’s 2007 World Development Report and wrote papers for the 2008, 2012, and 2015 editions of the Copenhagen Consensus. He is coeditor of a book, Child Labor and Education in Latin America, published in 2009.

What impact are the presidential caucuses having on Iowa’s economy?

In 2008, Iowa State University’s David Swenson made the most serious attempt at measuring the impact of caucus campaign spending on Iowa’s economy. Both parties had competitive primaries that year. Swenson found that the caucus raised gross state product by .01 percent and increased employment by 229 jobs—rather modest figures. In 2019, I reviewed staff numbers for every campaign, which totaled 650 people, or .04 percent of Iowa’s workforce. And this number doubtless decreased as candidates dropped out.

The caucus effect is small partly because Iowa already enjoys full employment. Labor and resources allocated to caucus activities are shifted from other activities, as opposed to using labor that would be otherwise unemployed. The Des Moines Convention and Visitors Bureau, for example, found that hotels are filled at 90 percent capacity—as opposed to the more common 60 percent—the week before the caucus. Thank goodness the caucus isn’t held during the state high school wrestling tournament, when hotels reach 100 percent capacity.

By any measure, the caucus doesn’t add that much income to the state.

For many years, Des Moines has instituted various tax-increment financing programs. A number of the newer buildings downtown have benefited from these tax breaks. The driving force behind Des Moines’s renaissance, however, isn’t tax breaks spurring employment growth but instead employment growth raising downtown property values. This, in turn, increases demand for housing near downtown.

How is the labor market in Iowa?

All of Iowa’s job growth occurs in urban markets. In towns with populations below 2,500, 75 percent of residents work in another town. In counties with fewer than 4,000 employed citizens, 40 percent work in another county. The ability to commute to an urban market is saving small towns. Small-town residents benefit from lower housing costs, while also enjoying higher wages—16 percent, on average—by commuting to urban areas.

Recent weakness in agricultural markets has slowed demand for farm machinery, causing cutbacks in employment in durable-goods manufacturing. On the whole, however, firms complain about not being able to hire enough workers.

I mostly read journal articles related to my research projects. I’m also conducting directed readings with an honors freshman student. We are reading Aldo Leopold’s A Sand County Almanac, a beautifully written homage to the Midwest’s natural environment. At the advice of someone who sat next to me on a plane, I am also reading Paris 1919: Six Months That Changed the World.