The Power Broker As Pragmatist

The Many Lives of Michael Bloomberg, by Eleanor Randolph (Simon & Schuster, 467 pp. $30)

When former New York City mayor Michael Bloomberg declined earlier this year to enter the Democratic presidential primary, he said that he wouldn’t go on an “apology tour” renouncing his past positions to satisfy the party’s electorate. He accused former vice president Joe Biden of apologizing for “being male, over 50, white” and for disavowing “a pretty good anti-crime bill” that the then-senator authored, and Congress passed, in 1994. Bloomberg was even more dismissive about another then-candidate, Robert “Beto” O’Rourke—“Beto, whatever his name is, he’s apologized for being born,” he remarked. (It sounded good, but with his recent apology for New York’s stop-and-frisk policing during his time as mayor, Bloomberg has resorted to the same desperate tactic.)

But now that Bloomberg has hinted that he might get into the race, he must be considering how he’ll defend his record as mayor to an increasingly left-leaning Democratic voter. Though conservatives often deride Bloomberg for his nanny-state initiatives, like wanting to ban “big gulp” sugary drinks, a considerable part of what the Wall Street tycoon accomplished in New York—from carrying on Rudy Giuliani’s essential policing initiatives to knocking down barriers to real estate development and encouraging the rich to come to New York because “that’s where the revenue comes [from]”—will be far more noxious to the progressive voter than Biden’s policy transgressions. How Bloomberg defends himself will be significant because we’re entering a phase in which moderate, pro-business Democrats (and he was always a Democrat, even when he ran as a Republican) like him are disappearing from the political landscape of America’s big cities, to be replaced by progressives whose views on everything—especially public order—appear to be regressions to the disastrous urban policies of the 1960s and 1970s. The disorder rising in places like San Francisco and Seattle suggests what the fruits of such policies will be.

To the uninitiated, perhaps the best way to understand what Bloomberg would be in for as a candidate is to read former New York Times editorial writer Eleanor Randolph’s thorough and evenhanded new biography, The Many Lives of Michael Bloomberg. She traces his history from a Wall Street wonk—banished to the computer department because of his habit of speaking his mind—to a successful entrepreneur whose Bloomberg terminals revolutionized the financial industry. In 2001, his improbable mayoral victory was attributed to his outlandish campaign spending and the anxiety that gripped New York’s voters after 9/11. Chapter by chapter, Randolph then recounts the many battles he fought, the mistakes he made, and the ways he learned and changed his mind as a first-time public official. As mayor, Bloomberg had to deal with everything from garbage collection and public safety to dispensing government benefits and imagining how a city whose long recovery from social disorder—interrupted by 9/11—needed to prepare for the next phase of its history.

An elected official with a personal fortune, Bloomberg wasn’t beholden to the usual special-interest groups, and he was enough of an iconoclast to upset just about everyone across the political spectrum. His paternalistic initiatives, born of his belief that government could change people’s personal habits with measures like a ban on large-sized sodas, earned him the opprobrium of small-government conservatives and laissez-faire New Yorkers. His pursuit of aggressive public health initiatives, such as banning trans fats in restaurants, didn’t convince anyone about the effectiveness of government meddling: rates of obesity and diabetes increased during his mayoralty. But when New Yorkers’ life expectancy grew during his tenure at a rate faster than the national average, Bloomberg was quick to claim credit. “Just before you die, remember you got three extra years,” he told the public.

Though he acknowledged that New York was a high-cost city where doing business is difficult, Bloomberg wobbled in his early years when confronted by massive deficits exacerbated by the city post-9/11 economic slowdown. After preaching fiscal rectitude during his initial campaign, Bloomberg raised property taxes by 18.5 percent soon after taking office, and he used borrowed money to finance the city’s day-to-day operations—an administrative no-no. He justified his actions because of the extreme conditions that the city found itself in, but he made the budget situation worse by granting big pay raises to city workers—though their unions hadn’t supported him in his election.

Right from the start, though, Bloomberg wisely continued Giuliani’s policing policies. His police commissioner, Raymond Kelly, proved relentless in driving down crime. The Giuliani administration had cut murders by a remarkable two-thirds, to 671 annually, by the end of its second term; Bloomberg and Kelly reduced murders by another 50 percent, to 335 annually, over 12 years. Notwithstanding his newfound diffidence as a presidential candidate, Bloomberg also fought efforts to undermine the city’s crime strategies, especially a lawsuit spurred by advocacy groups that claimed that the department’s stop-and-frisk tactics amounted to racial profiling because they disproportionally targeted minorities. Bloomberg’s lawyers disputed that characterization vigorously, arguing that police pursued stop-and-frisk in places with the highest crime. Even after federal judge Shira Scheindlin ruled against the city, its appeals ultimately resulted in the judge being removed from the case by a federal appeals panel for her palpable lack of impartiality. The case ended only when Bloomberg’s successor, Bill de Blasio, took office and negotiated a settlement.

Since then, city officials have gradually backtracked on key components of maintaining social order. Several local district attorneys are declining to prosecute quality-of-life crimes and diverting gun offenders into alternative-to-incarceration programs. The city has committed to closing Rikers Island and replacing it with local jails that will house fewer inmates—likely requiring even violent, repeat offenders to be released back on the streets. Some categories of violent crime are inching up again in the city. How New York fares over the next several years could say much about whether Bloomberg was right to fear the end of crime-fighting initiatives, but for now, he remains clearly at odds with today’s urban progressive agenda.

Bloomberg was equally relentless in moving welfare beneficiaries off the dole by emphasizing work. Giuliani cut the number of individuals on welfare from more than 1.1 million to slightly more than 500,000 by turning government social-welfare offices into job centers and emphasizing welfare-to-work programs. Bloomberg, who maintained a fundamental belief that education and a good job were crucial to getting out of poverty, continued Giuliani’s work, cutting rolls to about 360,000. He also courted controversy by testing programs to reduce poverty, including—controversially—paying families for responsible behavior, like taking a child to the dentist. But unlike so many government-benefits programs that continue regardless of their effectiveness, Bloomberg’s programs were measured—and abandoned if they didn’t show results.

Once New York’s economy recovered after 9/11, Bloomberg sought to ensure that the city could accommodate more economic activity. He lifted some restrictions against development with more generous zoning and tried to encourage building in sections like Manhattan’s far West Side—though only after he gave up his misguided idea of using that area for a giant Olympic stadium. The result of the administration’s efforts there—including an extension of subway service—is evident in the still-rising, massive Hudson Yards project, the most expensive real estate venture in U.S. history.

A compromise to build the proposed High Line park on an elevated former railroad spur on Manhattan’s West Side typified Bloomberg’s mayoralty. The rail line’s owner, CSX, refused to sell it to the city unless local property owners agreed. Many balked, fearing that installing a park there would limit development opportunities. Bloomberg negotiated with them to expand building opportunities by rezoning the area, promising owners that they would benefit from the new park. They did, and some of the most ardent initial opponents wound up cashing in on rising property values.

The darker side of the development story is that Bloomberg—anxious to wipe away building impediments in New York—also wielded government power too forcefully, as when the city supported widespread use of eminent domain to take away private property, including private homes, in pursuit of building Atlantic Yards (now called Pacific Park) in Brooklyn—a subject Randolph’s biography neglects to cover.

What may one day be recalled as Bloomberg’s biggest contribution to New York arose out of an effort by his administration to identify a transformative project for the city. One persistent theme from business executives was that New York lacked a top-notch science and technology institute to compete with the likes of Stanford and MIT. Bloomberg came up with the audacious plan to offer free space to a university as an enticement to bring a campus to New York. The winning bid was a joint venture of Cornell and the Technion-Israel Institute of Technology. The initial phases of the institute have opened on Roosevelt Island in the East River.

There’s much more for political opponents to latch onto if Bloomberg jumps into the presidential race. He got tougher with the unions as time wore on, refusing to grant some of them a new contract in his last term because they balked at the concessions he sought. When some of Bloomberg’s education reforms for the city’s public schools—including pouring money into higher teacher salaries in hopes that it would yield classroom success—stalled, education czar Joel Klein began aggressively closing failing schools and opening new learning centers, including a cadre of small high schools, to replace those he shuttered. Bloomberg also backed charter school expansion. These efforts didn’t make him popular with the education establishment.

Then there’s the issue of his third term, unpopular with just about everyone. The city’s voters had approved term limits for its elected officials in referendums in 1993 and again in 1996. But Bloomberg was convinced that the city needed him for another four years. He persuaded the city council to pass a law allowing everyone in government at the time to serve a third term—then ran for mayor again in 2009. The gambit almost backfired. Though he had the backing of a worried business community eying the increasing radicalization of the city’s Democratic party, he won with just 51 percent of the vote against city comptroller Bill Thompson, who ran on both the Democratic and the radical Working Families Party lines. Still, New Yorkers were not happy. “Please don’t make me and countless other parents explain to our children that good men craving power pushed aside the people’s voice,” one visitor to City Hall complained. In 2010, New Yorkers voted to reimpose term limits.

Randolph’s book is a reminder that Bloomberg’s legacy is about as complicated as his prospective path to the White House. The book’s title suggests a flamboyance to his life that simply isn’t there. Bloomberg’s private-sector successes weren’t as colorful as those of, say, Steve Jobs, and he was hardly a dynamic politician. Still, he has accomplished an awful lot, much of it improbable. Back in 2001, he knew that he could never win a Democratic mayoral primary in New York. The easy option was to switch parties because New York’s withered GOP offered no strong alternatives. Today, Bloomberg doesn’t have the option of going Republican, obviously. He can hope that his candidacy brings out moderate Democrats or go the independent route, though he has dismissed that idea in the past. In his favor, he can point out that almost no one thought he could win in New York—even his own well-paid consultants. Still, it’s a long way from Gracie Mansion to the White House. 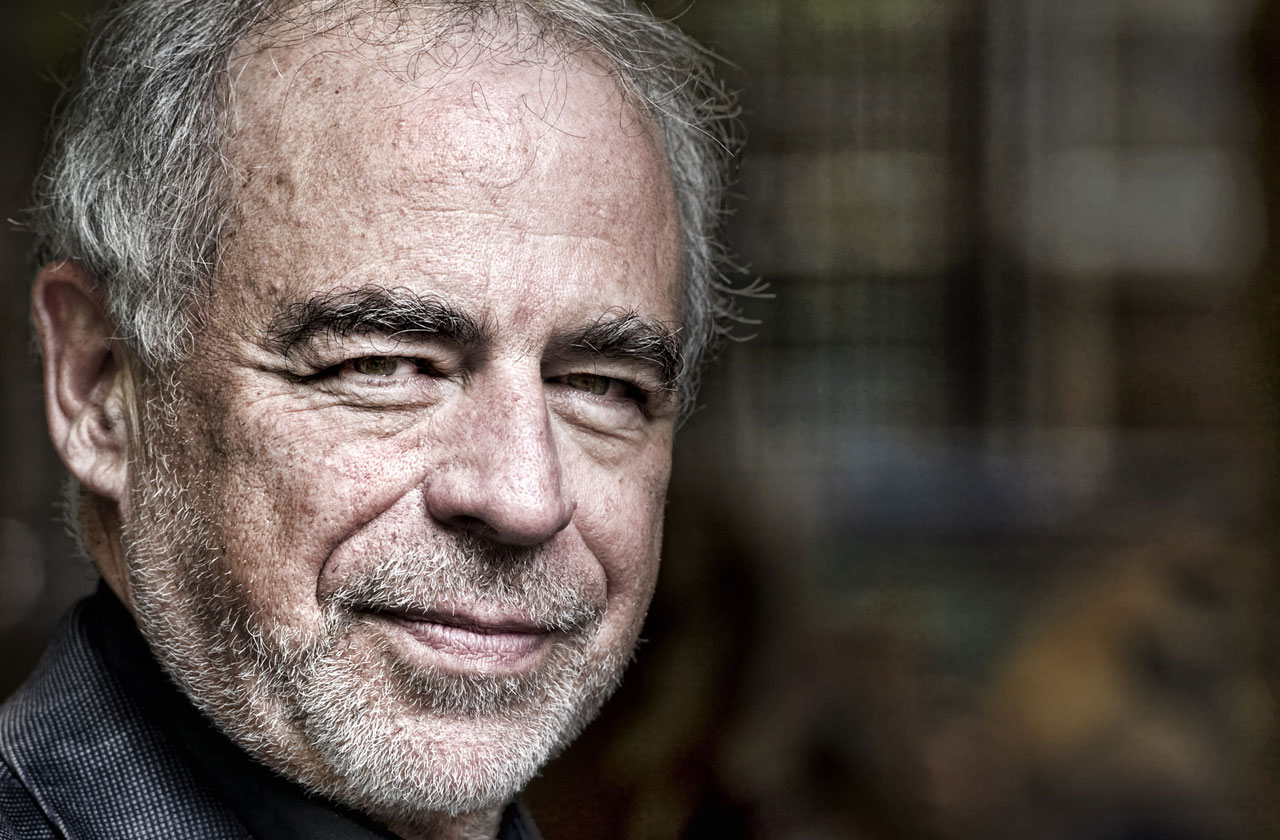 Tales of the Deplorables

Steven Malanga For decades, Richard Russo has written about the blue-collar residents of small towns left behind by the American economy.
More on