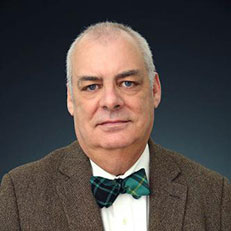 Ray Domanico is a senior fellow and director of education policy at the Manhattan Institute. He recently spoke with City Journal associate editor Daniel Kennelly about teachers’ unions and the need to return to in-person instruction in public schools amid the Covid-19 pandemic.

What’s behind the reluctance of teachers’ unions to re-open the schools?

For the most part, this is happening in big cities and large county-wide school districts. The teachers’ unions in these districts have big professional staffs, and they have their own self-interests. Public schools have been open for live instruction in many states and in smaller suburban and rural districts since September, without any serious outbreak of in-school transmission of the virus. The destructive policy of keeping schools closed until there is zero risk is not related to science; it is the outcome of an exercise of raw political power.

Are teachers’ unions and their memberships in lockstep behind the zero-risk paradigm? How have the politics played out internally?

The unions are not monoliths, but reemergent far-left factions are pushing the zero-risk demands. Unions with more centrist leadership are more likely to try to co-opt the far left by honoring some of its wishes, as long as this does not involve a change in leadership.

In other cases, the more aggressive leftists have already gained control of the union. They have been able to leverage growing resentment toward centrists from both parties, arising from Obama- and Bush-era policies on charter schools and accountability measures. Donald Trump’s election only heightened their sense of victimhood.

Do you expect teachers’ unions to face public backlash as a result of their position on in-person instruction?

In normal times, they would face such a reaction. After all, parents are bearing great costs due to the school closures. These are not normal times, however. Some parents share the view that schools should remain closed until risk is reduced to nearly zero. Last fall, New York City mayor Bill de Blasio gave public school parents an opportunity to choose either live instruction or remote learning. Asian and black parents opted largely for remote instruction. White parents, whose children constitute the smallest racial group in the city’s schools, were more likely to choose live instruction. President Biden, elected with support from teachers, says he wants to get the schools open. It will be interesting to see how this plays out in Democratic Party politics.

What are the long-term implications of the pandemic for public education?

These types of predictions are tricky, but I have strong concerns about specific groups of students. Generally, older students face the biggest challenge, as they will have the shortest time to make up their learning losses. There has been some indication of an increase in the number of high school graduates taking a “gap year” before entering college. That’s fine for affluent and motivated students, but one worries about lower-income students. Students slated to enter high school last September also seem to be at risk. In districts where high schools have remained closed, students already behind academically may become permanent dropouts. Younger students have more time to make up for lost learning, a gap will exist between those for whom home life has been conducive to remote learning and those for whom it has not. The teachers’ unions that have demanded schools remain closed will have a hard time presenting themselves as champions of the poor after the losses are tallied up.

Ray Domanico The city’s next mayor must develop a workable plan that is educationally sound and fair to all.
eye on the news

Ray Domanico A new mayor will have to confront the unraveling of public education in the city.
More on

One Size Doesn’t Fit All