In Defense of Hometowns

Before Henry Ford introduced the Model T in 1908, the average American stayed within 12 miles of home. Even when automobiles became cheaper and better roads improved travel, leaving town for leisure or work merited an item in the local newspaper. As the economy expanded, people traveled farther and even moved elsewhere, pursuing aspirations beyond rural towns. Today, though, the U.S. is seeing record lows in mobility. Though the information revolution eliminated communications barriers, an evolving economy appears to have slowed the rate at which Americans change their geographic residences: they’re now moving at the lowest rate since 1948, when the Census Bureau began tracking mobility. The trend is not new, however. As economists from the Federal Reserve and the University of Notre Dame observed in 2011: “Internal migration has fallen noticeably since the 1980s, reversing increases from earlier in the century.”

A recent study from the Federal Reserve Bank of New York considers the reasons for this recent “migration aversion.” Released in April, it reviews the bank’s Survey of Consumer Expectations data to investigate individuals’ emotional willingness to leave their current location. The authors find that people confront significant psychological costs in leaving behind family ties and forgoing shared cultural norms. These costs “all increase with age and residency tenure,” they note, and “are remarkably large for a non-trivial fraction of the population.” The biggest factor in limited mobility, the study finds, is a yearning for rootedness, regardless of economic status: “The median person in our sample will forego 30 percent of his or her income in order to stay close to family.” The authors worry about the implications of less migration. An unwillingness to move, they argue, especially “among lower skilled workers . . . is likely contributing to reduced economic mobility, increased inequality, political polarization, and the growing urban-rural divide.”

Researchers and pundits often lament that some Americans choose to remain in struggling communities. But a packed U-Haul, a vacated property, and a new, unknown locale can engender loneliness and disorientation, not emotional renewal or economic relief. Perhaps unintentionally, the Fed study might encourage a renewed appreciation for hometown attachments. Many heartland communities, for instance, are dealing with decline, but remain stable. Should more residents just pack up and leave?

For a time, I lived in northeastern Pennsylvania’s Greater Hazleton region, where I learned firsthand, as the authors write, “the important amplifying roles played by family, friends, and shared norms and values in the decline of residential mobility rates.” Though I grew up in Hershey, I’ve always considered Hazleton a second home. My forebears settled in the area in the 1840s, and my parents were raised there. Regular family visits with my paternal grandmother, who lived on the city’s South Side (once an Irish Catholic neighborhood), fostered an enduring appreciation for regional posterity. 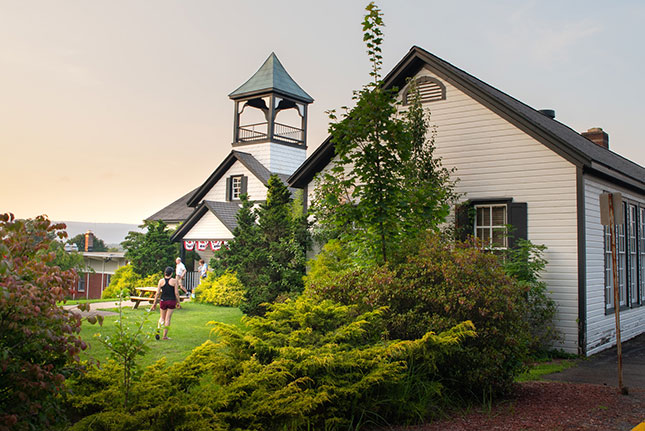 Geology dictated Hazleton’s growth. Its anthracite mines fueled the development of a mountaintop city, where a shared culture fostered community pride, ethnic traditions, religious devotion, reciprocity, and a deep understanding of ancestral struggle. The predominantly Catholic city and its surrounding towns contrasted with the nearby Conyngham Valley, where the absence of coal preserved a bucolic agricultural setting, cultivated by generations of German Protestant farmers. When the mines closed and interstate highways opened, scores of families moved into this valley, and it became Hazleton’s primary suburb.

After securing an employment opportunity in Hazleton, I moved to Conyngham borough, my mother’s hometown, a picturesque bedroom community at the foot of the city’s Spring Mountain. During my time there, I developed an even deeper appreciation for rootedness. When the region’s volatile weather permitted, I’d take evening walks on the town’s Rockwellian, tree-lined main street and admire the homes and bungalows, say hello to fellow walkers or older couples sitting on porches, explore the borough’s natural scenery, and frequent the Brass Buckle, its popular local restaurant. It was an evening routine, common in “the valley,” where people make the daily trek to Conyngham’s post office for mail, pass overflowing parking lots at Catholic and Lutheran churches, and behold magnificent sunsets over the domineering Sugarloaf Mountain. 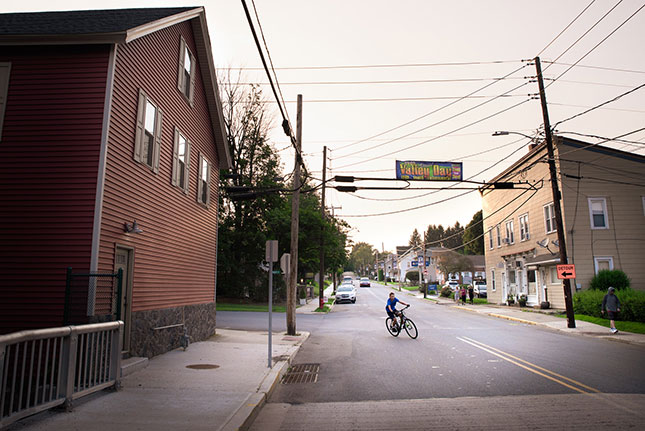 Conyngham has become a cultural extension of Hazleton because of the city’s unfortunate decline. In Hazleton, urban neighborhoods with prewar housing have slipped into pockets of disorder, violence, and blight. This downturn occurred quickly, forcing families to consider selling their multigenerational homes and leaving the city. For lifelong residents, memory constitutes an imperishable commodity. Many have stayed in their childhood neighborhoods, despite the city’s declining condition. A uniquely shared culture—one marked by friendship, family, charity, and tradition—can be worth too much to give up.

Numerous families, nonetheless, have elected to leave, moving outside the region or relocating to valley communities like Conyngham. In the valley, they work to preserve what they once possessed in Hazleton: a commanding knowledge of others’ family trees, a vast repository of local stories, and a celebration of Old World recipes and inherited traditions. They stay because their valley remains what Hazleton once was—a safe, quiet enclave offering a middle-class quality of life. 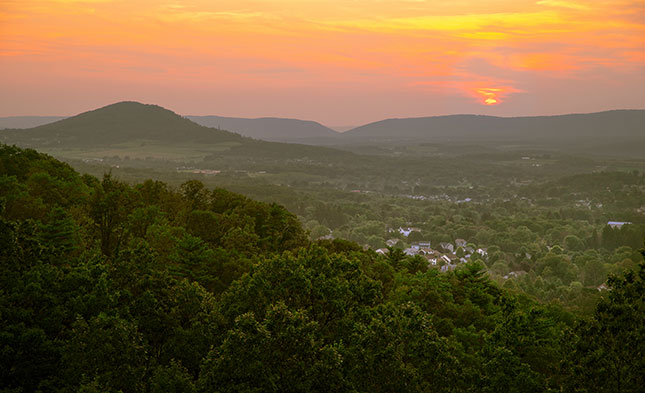 Should residents of Greater Hazleton follow the dismissive advice of many observers and just let their region die? “There’s also the question of happiness,” noted Brian Alexander in The Atlantic. “Maybe someone would make more money in some other city or town. But many people . . . love their town. Many are trying to rejuvenate it. Is that complacency, or positive civic duty?” As Tucker Carlson argued earlier this year, Americans long for “a country where normal people with an average education who grew up no place special can get married, and have happy kids, and repeat unto the generations.”

Places like Greater Hazleton unquestionably need help. Opportunity, prosperity, and a healthy quality of life should extend beyond the confines of cities’ costly urban rentals and metro suburbs’ exurban townhouses. Perhaps the real problem isn’t declining mobility, but that the social and economic conditions of so many communities—the result, in part, of policy choices—force residents to consider leaving, even when they might prefer to stay. 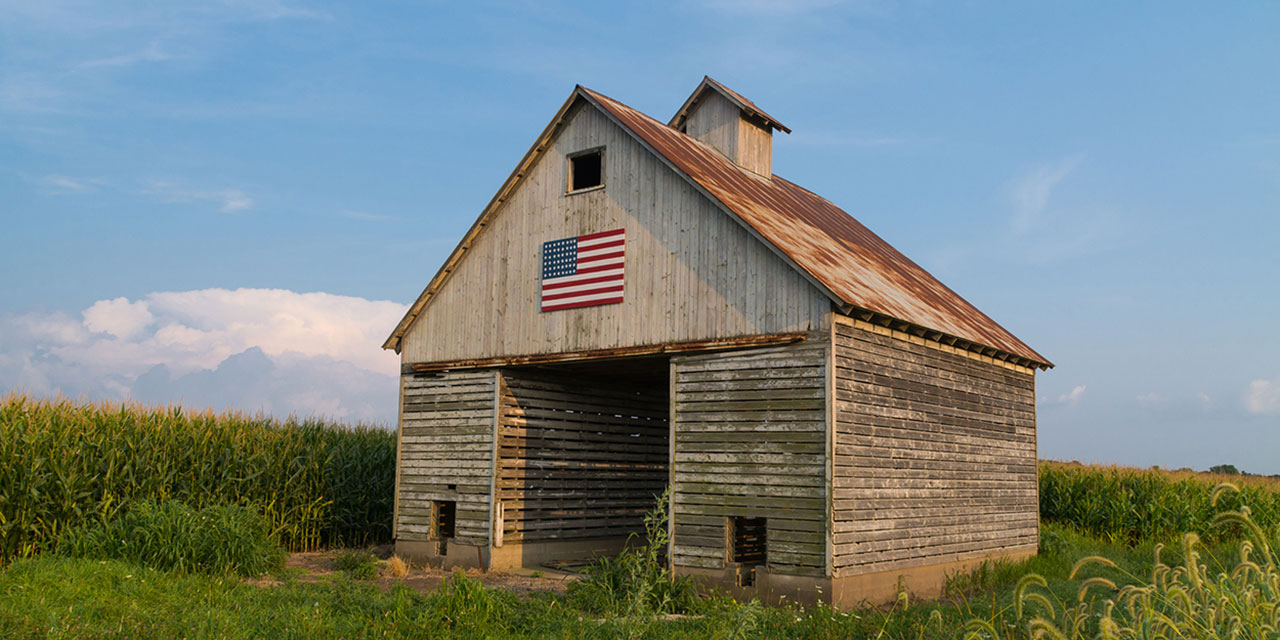 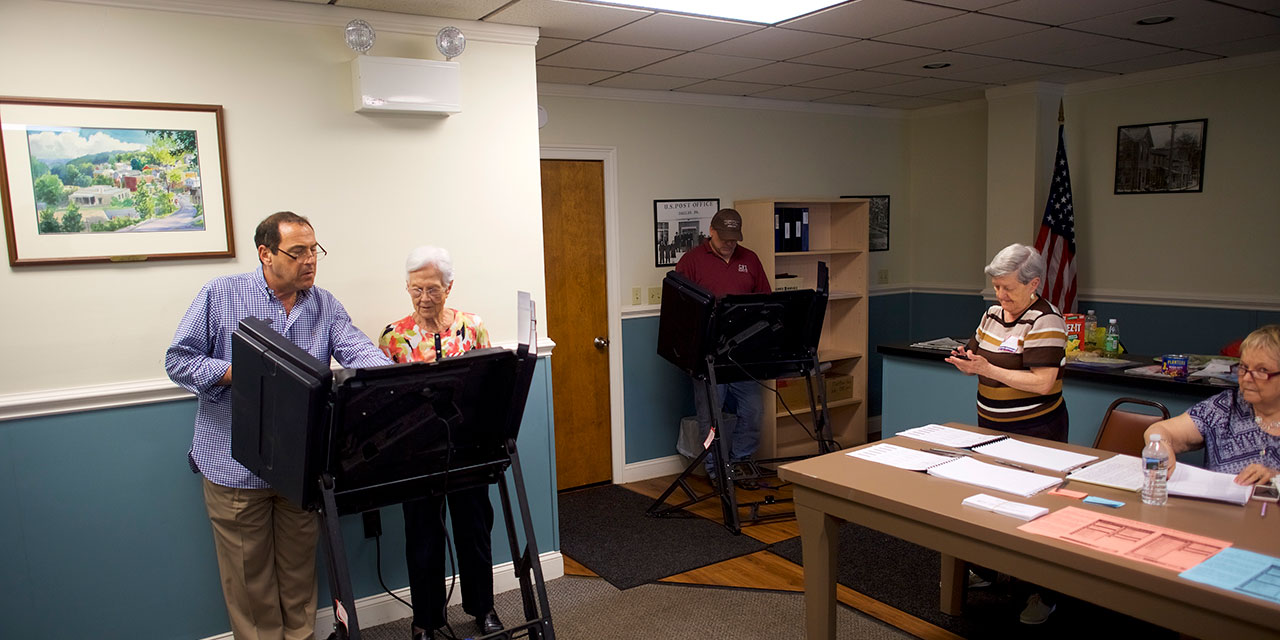 Charles F. McElwee Election results in Pennsylvania suggest a political realignment for Democrats in statewide politics but a furious battle for the state’s electoral votes in 2020.
More on

The Perverse Panic over Plastic

John Tierney The campaign against disposable bags and other products is harming the planet and the public.